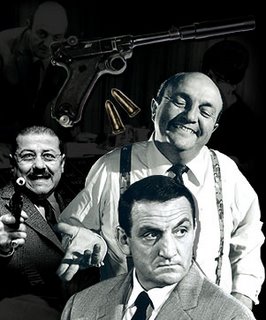 From an email invitation Mr. Campaspe has sent to the Siren family's nearest and dearest in the NYC area:

Next Thursday, Aug. 17, BAM is showing the movie Les Tontons Flingueurs. Little known in the U.S., Les Tontons is a masterpiece of such magnitude that it is any cinephile's duty to disseminate it to the world. In the Michelin rating system--based on how far one should travel to experience an event--the movie deserves the maximum 3 stars. Yes, ladies and gentlemen, at last, a movie that is worth a trip to Brooklyn. 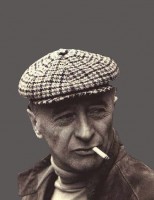 To convey how good the movie is, suffice it to say it is the best one by Georges Lautner, surpassing even his series with Belmondo, or his Barbouzes. Les Tontons' dialogue was written by Michel Audiard, who spoke only street French. ("French people drive me crazy," he once said, "but since I don't speak any other language, I have no choice but to converse with them.") So he put all his genius into becoming the poet of spoken French, creating many immortal quotations for the second half of the 20th century. He it is who gave the conclusive definition of a gentleman (someone who can describe Sophia Loren without using his hands.)

Hilarious, witty, ruthless in its social description but genial in its handling of political situations, this movie goes so deep into Frenchness that it reaches the core of the human spirit. In these sorry times, it will restore your faith in the ability of humanity to overcome our idiots, while making clear the amount of work required.

And it is unavailable in the U.S.!

The Siren had never heard of this movie before her husband began evangelizing about it, but it is worth apparently not only the journey, but the cost of hiring a babysitter for the evening. If any of her patient readers are around next week, by all means, check it out.

If I can get away, I'll be there. Please wear neckties, so I'll know you.

If the siren thinks that that showing is worth the price of a babysitter then here is one of those occasions for which, if no other solution offers itself, she should consider strangling her family and burying them under the patio

This sounds like a cool film to check out. The only Lautner film I've seen was Road to Salina with Rita Hayworth.