Mission to Moscow with the Siren, Tonight at 7 pm at BAM 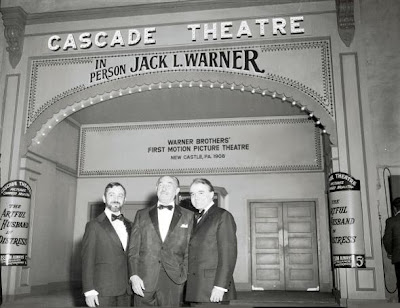 There are some controversial subjects that are so explosive...that it doesn't pay for anyone to be a hero or a martyr. You're a dead pigeon either way. Unless, of course, you do it under orders from the President of the United States. Even then, you're just as dead.

Have a great time, Siren--I'll be thinking of you!

If I had my own personal jet I'd fly up there to see it (but Vanwall still hasn't returned it).

I'll be there in spirit though. Break a leg!

You're going out there a youngster...

Sorry Greg, flame-out at 20,000 ft, the veeblefetzer wouldn't kasprong with the potrzebie - no joy there, so I hadda punch out, free fall & pray. At about a mile up, your jet spiraled right underneath me, so I hopped back in and found a bobby pin Siren left there, and duck-taped that mammyjammer straight into the Moxie slot and damned if it lit right up like a patented match. Had just enough airspeed at war-power boost to do a wheels-up into the nearest cornfield, (plenty of Orville Redenbacher's finest there now), and the local Piper Cub mechanics have it in hand. They say a month or so and it'll be almost good as new - I emphasize the almost. Sorry about your Duesenberg, too, but that's a whole 'nuther yarn.

Still hiding from Francen/Vyshinsky's baleful stare under my desk (is that poor devil Bukharin?), but can keep it up no longer: YES, I CONSPIRED WITH THE CAPITALIST-TROTSKYISTS KOPALSKI, IRANOV, AND BULYANOV TO WRECK THE FIVE-YEAR PLAN; HELPED THE BOURGEOIS FASCIST VICTOR LASZLO EVADE OUR GERMAN COMRADES, AND PAID THE DOUBLE-AGENT GUN RUNNER RICHARD BLAINE WITH HARD CURRENCY MEANT FOR THE ZHIVAGO HYDROELECTRIC DAM! I DESERVE TO BE SHOT OR MADE TO WATCH IVAN THE TERRIBLE, PARTS 1 AND 2 IN 3D AND SMELL-O-VISION!

FDR's face was not seen in Yankee Doodle Dandy either, also directed by Curtiz