Anecdote of the Week: "She hated him." 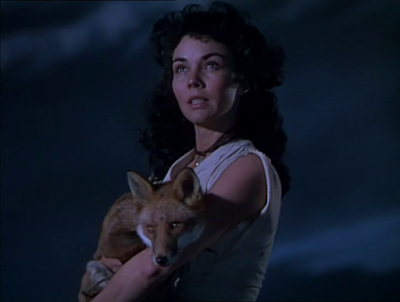 Over on Twitter, the Siren has been been working on a daily hashtag called #OctoberAlternative, a thread that lets her post stills from movies that put her in an autumnal (and therefore good) mood. The movies are not horror, however, since the horror genre tends to cover October like kudzu and sometimes a person needs a break. Today’s movie was Gone to Earth, Michael Powell and Emeric Pressburger’s adaptation of a Mary Webb novel.

Filmed in the fall of 1949 in Powell’s native Shropshire, the film was lensed by Christopher Challis in some of the most stunning Technicolor the Archers ever produced. As the Siren wrote a while back, Gone to Earth stars Jennifer Jones as Hazel Woodus, a half-wild girl who roams the countryside with her pet fox, and is loved chastely by a Baptist minister (Cyril Cusack), and carnally by a ruthless squire (David Farrar). She marries the reverend, and he refrains from consummating the union, believing Hazel’s innocence shouldn’t be profaned. But the squire has no such scruples, and he continues to pursue Hazel, even as it remains clear that she belongs not to men but to the earth of the title. (The Siren wrote about the movie in tandem with Tony Dayoub, and a different segment of our exchange can be found at his place.) 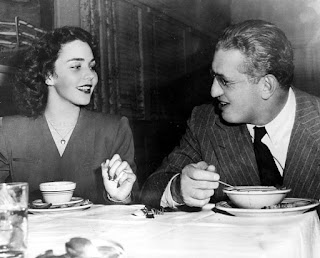 It is one of Powell and Pressburger’s best movies, and Jones was never better. But there was a unlucky force present at Gone to Earth’s birth, and its name was David O. Selznick, who had begun an affair with Jones in 1942 that wrecked both his marriage to Irene Mayer and Jones’s union with Robert Walker. He had long since begun the obsessive control of Jones’ image and career that would mark the rest of his life. Selznick and Jones eventually left their respective spouses, and they had been married to each other only a matter of weeks before the start of filming.

During production Powell and Pressburger were assailed with the usual Selznick memos—no one escaped those memos—but paid them no mind. Selznick in turn largely stayed away, just showing up from time to time to check on Jones and take her on weekend jaunts. But when Powell and Pressburger screened the film for him, Selznick popped a Benzedrine and said, “I’m not satisfied with your cut, boys. I’m going to take this picture over.” Despite this threat the original version was released in Europe, where it didn’t perform well. Unfortunately, Selznick had obtained the North American rights. Eventually he reshot a third of the footage with Rouben Mamoulian at the helm, slashed away another half-hour, and re-released it in 1952 with the ghastly title of The Wild Heart. That version, hopelessly marred by all accounts except possibly Selznick’s, flopped, too. There is a Region 2 UK DVD available of the original Gone to Earth, but it has never been available on Region 1 in the US.

And now for what prompted this post, which concerns some matters the Siren has wanted to write about for a while. Since the Siren and Tony wrote about this film seven years ago, there have been a few things published about Jennifer Jones, notably a long section of the late Jean Stein’s West of Eden. Jones doesn’t come off particularly well in it. Like Edie: An American Biography, West of Eden is a compilation of interviews, and most of the people interviewed seemed to look down on or outright dislike Jennifer Jones. Dennis Hopper, who lived with the Selznicks for a time along with his then-wife Brooke Hayward, remarked that Jones was eventually a disappointment to Selznick: “She couldn’t fulfill what he had in mind for her as an actress. She just wasn’t that good.” Jones’s obsession with clothes and appearance is detailed at length; she’s described showing up two and a half hours late to her own dinner party, making the rounds of the guests, disappearing, coming back in a second dress, then leaving and returning in a third dress.

Her son Robert Walker Jr. speaks of her with sympathy, but he has some sad memories. And indeed there is a lot to regret in the way Jones’s life played out, particularly in how she approached being a mother. “It was quite obvious that she wasn’t there for her children for a while,” says plain-spoken Lauren Bacall. The most tragic of the Selznicks was undoubtedly David and Jennifer’s daughter Mary Jennifer, who committed suicide in 1976. “By the time [Mary Jennifer] was seven,” says Brooke Hayward, “it seemed Jennifer had lost interest in her.” Jones herself attempted suicide more than once, although a couple of West of Eden interviewees imply that they didn’t believe she was serious about it. She was in therapy for years and apparently had affairs with at least a couple of her therapists.

There are a lot of folks on the classic-film blogs and classic-film Twitter who dislike Jennifer Jones, sometimes because her acting doesn’t click for them, often for having broken Robert Walker’s heart. (Walker, it should be said, was an alcoholic, and the marriage may have been doomed in any case.) West of Eden was a bestseller, and is full of the kind of anecdotes and observations that attach to a star’s image and don’t easily rub off: Nutty. Vain. Bad mother. Not that good.

The Siren has written of her regard for Jones as an actress, and she persists in seeing Jones the woman with some sympathy. It isn’t that the Siren believes West of Eden isn’t true, although the Siren wouldn't have asked Dennis Hopper, a Method actor from an entirely new generation, for an evaluation of Jones as an actress. It’s that there are always more angles to the truth about anyone. 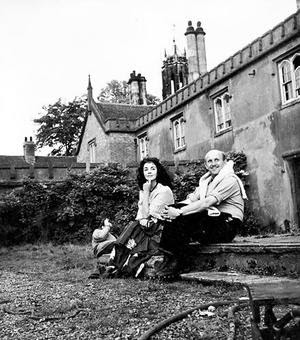 Michael Powell had a different angle on Jennifer Jones. It is undoubtedly colored by his low opinion of Selznick, but like the people in West of Eden, he is telling his own version of events. In Million Dollar Movie, the second volume of Powell's autobiography, pokes gentle fun at Jones’s provincialism, such as her complaining to Chris Challis about Europeans’ refusal to speak English, or describing the volcanic island of Stromboli as “kinda cute.” But Powell admired her acting — “Jennifer was splendid” — as well as her dedication to her part. He tells of how she spent every spare minute with the film’s tame fox, developing a bond with Foxy that even surprised the trainer. She was always cuddling the many other animals on set and rebuking the crew for laughing at them, because animals hate being laughed at. “She went through the film,” said Powell, “as if she were the real Hazel playing herself.”

As for Jones the person, what Powell offers is one of the saddest pictures of a toxic relationship you will ever read. When Selznick visited, his conversations with Jones went like this: “ ‘... We could go to Istanbul first, honey.’ ‘I don’t know, David. You decide,’ Honey responded, without opening her eyes.” Otherwise, Selznick stayed away, and relied on word from “his spies,” as Powell put it.

Late in filming Powell found himself having to shoot some interiors at night. The “set” for these scenes were makeshift studios set up in local buildings. One night the scenes went slowly, and Jones was left in the bar of the pub set drinking the local cider, which Powell said “could set your head spinning” after a couple of pints. Finally it came time for Jones’s entrance, only she refused to come when summoned by the assistant. Powell went to see what was the matter. And the matter was that Jones was drunk.

‘How much has she had?’ I said to the scared barman. He was a local extra.

I held on to her mug, but she grabbed another and was doing the Anna Christie bit, slumped across the table. ‘Well, what are you and Mr. Fucking Selznick going to do about it?’

It was not the Jennifer we knew, the eager and nervous girl. It was a tragic woman speaking. She went on, ‘Don’t try to play the director with me, Micky. You don’t know what it’s all about, but I do. How would you like to be murdered? Murdered every night and lie there waiting for it? What do I care about you and your picture? Screw you! And screw your picture and screw … Mr. … Mr. Selznick, the greatest producer in the world … the … ’


From there her language got a lot worse, and Powell realized his filming was done for the night. He called for a car, rugs, and a bucket. Jones was guided into the car, Powell sat next to her, and as the driver went round and round in large circles, Jones was sick, and then she began to talk, and talk.


Out it all came.

She hated him. He had forced himself into her life uninvited, been repulsed again and again, had broken her marriage, destroyed her husband, alienated her children, and was such an appalling egoist that he believed his attentions could compensate for all the harm he had done. He had enslaved her with a contract that promised to make her the greatest star in the world, without the least knowledge of how to do it, and expecting other people to do it for him. He was dragging her about Europe as if she were the captive of his bow and spear, and everyone assumed that she was madly in love with him. She hated him. But worst of all, he had decided that they must be married, not because he wanted to give her children a stepfather, not because he wanted a child himself from her, but because he wanted to show the whole of show business that he was not like other men. He had brought her to Europe to take her away from her family and friends. He took her with him everywhere … She dreaded each moment that they were left alone. They only peace that she had had been on Gone to Earth. We were all so kind and she loved everybody and she loved Foxy and it wasn’t like being on a film at all. But in three weeks the film would be over and then what would she do? … She wished she could escape — run away — but there was no escape, none, none, none! None of us could understand what her life was like. Nobody could understand what it was like living with a man like David.


Eventually Jones fell asleep on Powell’s shoulder, and they took her back to her hotel. 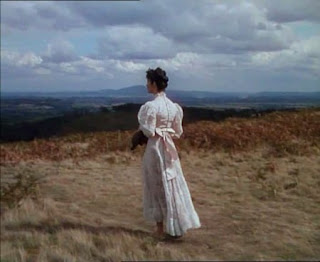 Million Dollar Movie contains a coda where Powell has dinner with Jennifer Jones, now Mrs. Norton Simon, at her Malibu mansion in 1978. (Selznick had died of a heart attack in 1965.) Powell says Jones was heavily made up, but she didn’t change her dress or disappear during the meal. He also says “she talked about David O. without rancour.”

“We were all crazy about Jennifer,” said Lauren Bacall, “but we saw the flaws.”