To Save and Project: The 16th MoMA International Festival of Film Preservation

Greetings, O friends of the Siren. For those of you residing in the New York area, rejoice: To Save and Project, the Museum of Modern Art’s film-preservation festival, is once more upon us and runs through Jan. 31. This year’s edition is full of things to tantalize a classic-film fan, and the Siren herewith provides a list of titles she is eager to see. For a full rundown on the festival, as well as dates and times of screenings, go here. The Siren is including MoMA’s descriptions of the restorations. 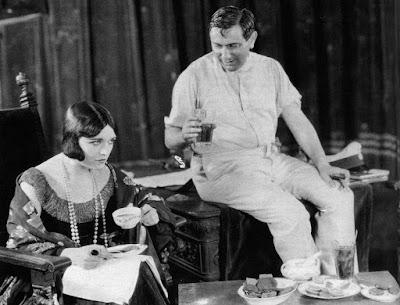 Pola Negri arrived in Hollywood just after her old friend, mentor, and sparring partner from Ufa, Ernst Lubitsch. He was soon lent out to make Rosita with Mary Pickford (another film which MoMA has recently restored to its full glory) while Negri, to her tremendous chagrin, wound up working on The Spanish Dancer, a similar story. (“Mary,” sniffed Pola in her Memoirs of a Star, “was hardly a Latin type.”) Negri’s film did better at the box office than Rosita, something she notes with some relish, but she knew Herbert Brenon was no Lubitsch, and she yearned to work again with her old mentor. The result was Forbidden Paradise, the fulfillment of Pola’s longstanding desire to play Catherine the Great of Russia (or something close). MoMA says the film has been restored to 100 minutes and hasn’t been seen in this close to a complete form since its original release. The Siren, who’s never seen it, will be eager to view a scene in which Negri must run through the long corridors of the lavish set representing the Winter Palace in St. Petersburg, then down a winding stairway, while wearing a “heavily brocaded negligee with a long sable-trimmed train.” When Lubitsch described the scene to her, Negri made the reasonable point that in such a get-up she was liable to trip and break her neck. Lubitsch reminded her that “we did much more dangerous stunts in Berlin.” “I was younger then.” “Three years younger,” he replied. Negri said her neck had gotten much more valuable in those three years. Lubitsch decided to make his point another way. He snatched the negligee, stepped into it and, his ever-present cigar clutched in his teeth, made the run himself. Negri, once she quit laughing, had to admit she had lost the argument. “And,” she told him, “the cigar is a brilliant ‘Lubitsch touch.’ So right for Catherine.” 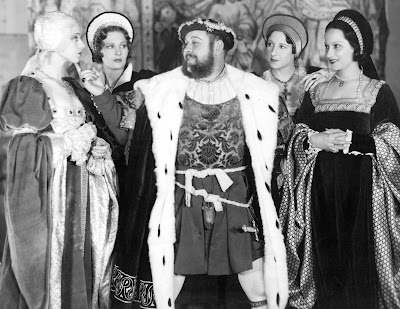 Seen many times by the Siren, and she isn’t tired of it yet. Historians sigh and roll their eyes, but Charles Laughton’s carnivorous oversexed mountain of a man remains what critic Michael Koresky calls the “culturally definitive” portrait of Henry VIII. Laughton was just 34 and turns in a raucous, brawling performance that’s one of the best things this great actor ever did. Watch, too, for his moment of heartbreak after Catherine Howard’s execution. In Charles Laughton: A Difficult Actor, Simon Callow quotes Laughton as saying “I suppose I must have read a good deal about [Henry VIII], but for the rest I spent a lot of my time walking around the old Tudor Palace at Hampton Court, getting my mind accustomed to the square, squat architecture of the rooms and the cloisters. I think it was from the architecture of the houses and the rooms that I got my idea of Henry.” So vivid is Laughton’s monarch that many down the years have assumed the performance had a great deal of Laughton himself in it, which is far from the truth. “Few people would, on meeting, have thought the tubby diffident slightly obstinate young man they might have met at supper the same person as the massive, centred titan exploding in Jovan laughter that hits the screen,” remarks Callow. 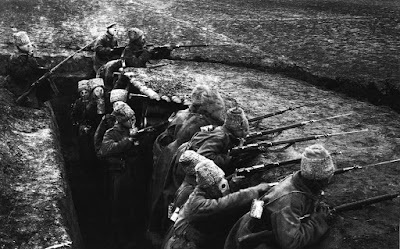 This “little-known masterpiece,” as Imogen Sara Smith calls it, made quite a stir at the San Francisco Silent Film Festival last June. It looks like a must. 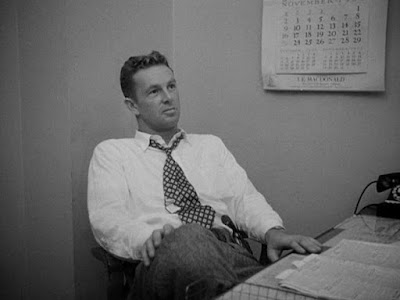 Fair warning from MoMA: “This may be the last chance you’ll ever get to see André de Toth’s Crime Wave, one of the most thrilling B noirs of 1950s American cinema, in a pristine 35mm print struck from the original camera negative. Famed for Bert Glennon’s nighttime location photography throughout Los Angeles, Crime Wave stars Sterling Hayden as a cynical, brutal police sergeant who puts the screws on a newlywed ex-con (Gene Nelson) in order to nab a trio of jailbreak thugs.” MoMA is running Crime Wave on January 19, alongside two movies that Hayden made in Germany toward the end of his life: Pharos of Chaos (1983) and Der Havarist (1984), both screening on January 19 and 27. Wolf-Eckart Bühler, who directed Der Havarist (The Shipwrecker) and co-directed Pharos of Chaos with Manfred Blank, will introduce the two films. Both are biographical in nature, focusing on Hayden’s acting, his heroic war record, and the not-so-heroic act he never forgave himself for: appearing as a friendly witness before the House Un-American Activities Committee in 1951. Hayden, who had greatly admired the Yugoslav partisans who fought during the war, had indeed joined the Communist Party briefly in 1946. Despite that vulnerability to HUAC’s probe he signed up with the 1948 Committee for the First Amendment, the famed group that went to Washington to support the Hollywood Ten. But when Congress turned its sights on Hayden, fear of going to jail and losing custody of his children led him to name names, including screenwriter Robert Lees, screenwriter-director Abraham Polonsky, and actress Karen Morley. Years later some name-namers adopted a defensive, even truculent attitude about their decision (Elia Kazan comes to mind); not Hayden. He expressed his remorse publicly many times, and for the rest of his life. Despite his low regard for acting ("I spent a lifetime selling out. I always hated acting but I kept on acting...a commuter on a tinsel train") Hayden brought his intelligence and introspection to some of the most remarkable performances in noir, including The Asphalt Jungle, The Killing, and the noir-inflected western Terror in a Texas Town. In the blacklist interview book Tender Comrades, Karen Morley cited Hayden as the only friendly witness she could “maybe” forgive. John Huston, writing in his 1980 autobiography, said, “I always felt great sympathy with [Hayden] for this failure to live up to his own idea of himself. But even from this experience he learned and grew. There is a kingliness about Sterling now.” 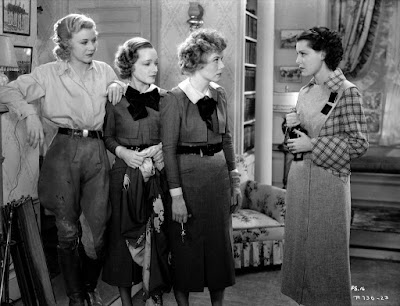 Dorothy Arzner wasn’t quite the only female director in 1930s Hollywood: Wanda Tuchock also had a directing co-credit on this (barely) Pre-Code tale of fresh young Frances Dee corrupted by Ginger Rogers (which sounds like fun). This film was a hit with the TCM Film Festival crowd last year, and a restored version is most welcome. “Bring on your women— that’s all we can say, if this is a sample of a woman director can do with a story about a woman’s troubles,” wrote the Hollywood Filmograph at the time. Tuchock went to on to rack up many screenwriting credits, but directing was not to be, save a 1950s short. 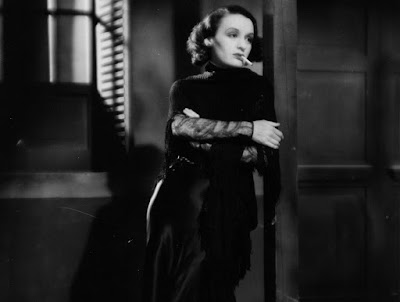 Among the rest of the screenings, the Siren is also highly intrigued by Nude on the Moon (who isn’t, with that title), written and directed by Doris Wishman in 1961; a new digital preservation of F.W. Murnau’s Faust (1926); the New York premiere of Cane River (1982), written and directed by Horace Jenkins, which MoMA calls “a racially themed love story shot in Natchitoches Parish, a ‘free community of color’ in Louisiana; El fantasma del convento (The Phantom of the Monastery), directed by Fernando de Fuentes, and La mujer del porto (Woman of the Port), directed by Arcady Boytler, both made in Mexico in 1934. 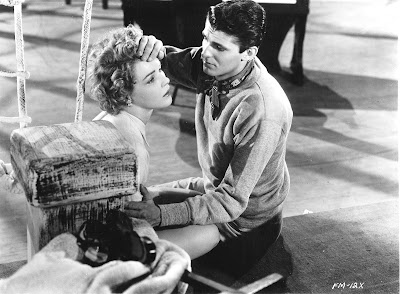 Finally, Ida Lupino’s Never Fear (The Young Lovers) from 1949 gets a week-long run from January 25–31. This was one of the Lupino-directed films that the Siren admitted not having seen when she and Sheila O’Malley did a Film Comment podcast on Lupino. Given Lupino’s personal connection to the material — it concerns a dancer struggling to overcome the effects of polio, a disease that had also struck Lupino years before — this one is also a must.
Posted by The Siren at 11:55 AM