Every once in a while, the Siren reposts something; this is from December 2007. She will not trouble her patient readers with why she is reposting this. Trust her. She just needed to. 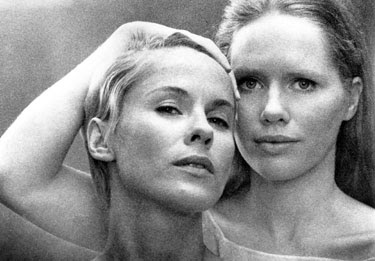 Every day I try to write. It is most difficult at home, where there are telephone calls, Linn, nursemaids, neighbors. If I had been a man it would have been different. A man's profession is respected much more, as is the work he does at home, his fatigue, his need to concentrate.

Try telling a child that Mamma is working, when the child can see with its own eyes that she is just sitting there writing. Explain to the nurse you pay dearly to do what is expected of you--explain that this is important, is supposed to be finished by a certain date--and off she goes, shaking her head, convinced I am neglecting my child and my home. Success in one's profession and trying to write a book do not compensate for domestic shortcomings as obvious as mine...

I doodle on a piece of paper and my conscience bothers me. Because I am a bad mother, because I am inadequate, don't answer letters, don't mend the faucets but allow them to go on dripping for months on end.

I have coffee with a neighbor and make excuses for everything I am doing, because I know that she will never understand why this is important for me. This terrible "female guilt." I dare not have music on when I am in the basement, writing, lest upstairs they think I am just sitting here loafing. I feel that to be respected I must produce pancakes and home-baked bread and have neat, tidy rooms.

These are my thoughts as I try to write about how good it is to have a life that gives so much freedom, so many choices...
--from Changing by Liv Ullmann

Liv Ullmann's autobiography has always been one of the Siren's favorites. She read it in high school in Alabama, when she had never seen an Ingmar Bergman movie, and indeed had barely heard of him. The Siren saw the front cover, and liked the looks of Ullmann. That was it. Later, after reading the book and falling in love with the actress, the Siren tried to watch Persona on whatever was passing for pay TV back then. She didn't understand a single frame. When the Siren looks in the mirror she can still see the line between her eyebrows that had its genesis all those years ago, as she furrowed her brow over Persona. Guess that one is due for another viewing. [Note: Persona still awaits that second date.]

Anyway, it was the account of Ullmann's youth and her struggle to become an artist that fascinated the teenage Siren, not the book's references to work versus home. Certainly the Siren registered passages like the one above, as that is how she was able to pull the book down and find those paragraphs in a matter of minutes. But back then, she read Ullmann's words and thought, "Poor Liv. Oh well, won't be that way for me."

This is primarily a film blog, and the Siren has always operated on the assumption that people don't particularly want to hear about her personal life, which includes a devoted husband, three children under the age of 5 [now 7] and glorified hospice care for an ancient cat. [Said cat has now passed on, bless her sweet, ineffably patient and loving soul.] But this week, the Siren thought you might want a few words on exactly what takes her so goddamned long to write anything.

Partly it is control-freakdom of a very high order. When it comes to writing, the Siren is a slogger. She looks at bloggers like Lance Mannion and Glenn Kenny, able to turn out thoughtful posts almost daily, and she has no idea how they manage it. To write a paragraph, for the Siren, is to re-write it, flip it, delete a sentence, insert another, move the graf to the top, shift it again to the bottom and then delete the thing altogether. Afterward it is quite possible she will be flipping through blogger tutorials trying to figure out how to retrieve it.

Labels: Anecdote of the Week, maudlin and full of self-pity

Speaking of Liv Ullman, are you familiar with the musical remake of Lost Horizon ?

Ross Hunterbroke the bank on this one, hiring Burt Bachrach and Hal David to write songs, and a cas that included Peter Finch , Sally Kellerman and Bobby Van. Snooze-o-ramic historical drama specialist Charles Jarrot directed the screenplya by

Yes folks it's Larry Kramer's Lost Horizon -- for which he was paid so much money he bought his Fifth Ave condo and founded ACT-UP.

David, I have seen Lost Horizon, and it was a turkey. On whole-wheat toast. But I loved Filmbrain's post about attending the premiere.

Wonderful wonderful autobiography, I agree. I recently watched the Master Class she gave in the HBO series to 5 young actors (she directed them all in the Mitch/Blanche scene from Streetcar) and I was a blubbering mess... she was so wonderful and generous (and yet tough) with them.

I admire your writing so much, Siren, and admire you even more knowing the context around it.

I'm a first-time commenter; just wanted to let you know that I admire the grace, spirit, and intelligence of your writing very much. I'm saying so because it seems a bit rude to read in silence for too long, and also because the comment section for this post seems like a pretty good place to say it! I'm in awe of your ability to maintain your passion for film and your thoughtfulness (and, honestly, your calm and civility too), while leading such a full life. The idea of writing anything substantial seems pretty overhwelming to me, and I don't really do anything else, so I got no excuse.

Thanks for all the good reading.

Siren, you're too hard on yourself. The fact that you do what you do and produce at least one piece per week is incredible. The point is, the wait is always worth it. Always.

Lost Horizon is hideous. When they made them bad in the 70s, they really made them bad. That and Gable and Lombard come to mind...

I prefer quality to quantity - ruthless self-editing isn't for the faint-hearted, either. Keep up the great work!

I believe I speak for all the other lurkers here when I say that not only do we know that anything you post is going to be terrific, but that every post will spawn a week or 10 days worth of comments, almost every single one of which will be worth reading. So thanks. Everybody.

Dear Siren,
Thank you for sharing such personal feelings with us, your readers. I've come to you quite recently, after a blog from Jim Emerson over on Roger Ebert's website referred me here, and it's been the web-discovery to top all others in many a moon. I feel as though I've found a home here, so much do you mirror my own tastes in those beloved movies from over a half a century ago – and when you go off-topic in terms of filmdom, I’m finding you are still a kindred spirit when writing about books, fashion, or whatever. I find myself returning daily to see if you’ve posted anything new, and most deliciously, I’m beginning to read my way chronologically through your archives, from early 2005 onward. I’m sure it will be many weeks before I’ve exhausted your archives, and then, I see that you’ve got scores of recommended sites to link to and explore, and knowing your impeccable taste, I’m sure to love most of what I find there.
Thank you so much for the many, many long hours of work you’ve put into this blog. I know exactly what you mean when you speak of the time and effort that goes into each of your posts, and how challenging it is to manage the output that you do along with all that goes with living an ordinary family life. It’s important to me that you know that you and your efforts are appreciated. Now that I’ve found you, I don’t ever want to see you go!
With much admiration, appreciation, and love,
Mark

"Maudlin and full of self-pity"? Pshaw. Realistic and overly-modest, maybe.

We Sirenistes are a patient lot, because we know that things of value are worth waiting for. Besides, we're so very, very good at talking amongst ourselves.

Whoever pointed out that the comments spawned are often also totally worth reading is right. So your once a week piece and its commentary easily account for a significant reading and thinking experience. I am also primarily a lurker here, so am joining the give-back squad a bit. I've tried in my life to write novels many times, and know the significance of re-write and re-plan and still not get there. We are all grateful for your prose, even when we disagree. You are, wait for it, fun to read. That's what really counts.

To follow Mr. DeWitt's sentence, you are magnificent! And you'll keep being so no matter the frequency of your posts.

(I have spent the last few days intensively house-cleaning, so I can relate ;D)

I can only echo the sentiments above - you are a blogger par excellence with a riveting style that enthuses the reader to re-view (even though I don't share your taste often). Further, your comments section seems to be one of the best-natured on the net, without the tedious nitpicking angels-on-pinheads arguments that dominate many other film forums. Just wanted to say that.