New York City of the Mind: The Series at Newcritics 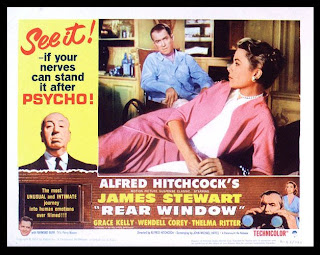 After an adventurous weekend that involved attending a wedding at a beach resort during a tropical storm, the Siren is back in warm, safe, almost-dried-out Brooklyn and ready to announce the Next Big Thing. No, no, not the New York Film Festival--the New York City of the Mind edition of Wednesday Night at the Movies at Newcritics.

Many thanks to the Derelict, whose splendid New York City in the Movies blogathon gave rise to the Siren's post about movies that inhabit our vision of New York, whether shot here or not. Tom Watson and Lance Mannion got together and decided that the Siren needed to use this for the next five-segment installment of the Newcritics Wednesday Night at the Movies. The Siren at first tried to say no. Have you tried to say no to Mannion? It's beyond difficult. I'm reading Little Dorrit because of him, for goodness sakes. And loving it, but that isn't the point.

No, the point is that this series begins Wednesday, Sept. 10, and given that these are movies that are pretty much Cinephilia 101, we've all seen them and I want everybody to stop by Newcritics and chat about them. The setup is exactly the same as my original post, with movies added by theme and just one addition, as you will see.

Lance will be hosting the discussion for The Apartment and last I checked was still offering a free baseball cap to those who could guess his title for the introductory post. The others will be hosted by me.

The idea is to focus on the films' relationship to their New York settings, but that certainly doesn't begin to cover all the thematic ground and the conversations will probably range a great deal further than that. So please, stop by my place the evening of Wednesday, Sept. 10 to see my thoughts on Rear Window, and jog over to Newcritics at 9 pm to talk Hitchcock, New York, voyeurism, rear-window ethics and other things pertaining thereto.

(About the lobby card above: The tagline from an apparent re-release is great, but why on earth did they make Grace Kelly's celebrated Edith Head suit pink? Did Kelly even wear pink?)
Posted by The Siren at 8:38 PM

That's a shame, because there's some interesting movies that could fit in there. I've always had a fondness for Born To Win. I've known some real junkies, and it's a lot closer to their lives than a lot of other highly touted, but fraudulent movies.

Am I the only one who feels a slight twinge of nostalgia watching Taxi Driver, with that brief shot of the Variety Photoplays movie theater that was on 2nd Ave and 13th Street?

By the way, I finally got to see the Cineaste magazine article online. Thanks for the shout out!

No you're not the only one. Other great New York movies: Shadows, Guns of the Trees, The Last Clean Shirt, Pull My Daisy, Who's That Knocking at My Door, The Little Fugitive

Echoes of Silence and The Cool World

Plus Breakfast at Tiffany's, The World of Henry Orient, The Best of Everything
and the ongoing Mad Men.

We went over and over the potential list, having limited the series in advance to five Wednesdays. I had some grittier choices as well but as I love my city I didn't want everything to be all wallow-in-the-mire all the time. I was also trying to pick films I figured most people had seen. I think that was accomplished with the exception of Desperately Seeking Susan, the sole choice you could call somewhat contrarian.

There's already Mad Men liveblogging every Sunday, if you are crazy about the show you should stop by! I am kind of wondering if I could slip The Best of Everything in at the last moment. David mentioning that one gave me a pang. Love that movie, has all my obsessions in it--Negulesco, Joan Crawford, Suzy Parker, women's issues, fabulous suits. But I figure at some point you just gotta commit. Tom also mentioned we might do Son of New York City of the Mind at some point, depending on how this one goes.

People who dislike the movie-of-the-night are more than welcome to show up and stir the pot, by the by. Don't want too much agreement!

I run inot Diane Baker frequently at events here in L.A. and she just loves that movie -- and knows how many other people love it too. The credit scene captures the New York I knew growing up in the 50's perfectly. Plus it's the last great Aldred newman score, and the last of Jerry Wald.

Wald developed the entire project, having read numerous news stores about white collar women in new York. He passed them on to Rona Jaffe who wrote the novel -- which he then bought.

Gavin Lambert said Jerry Wald was the one Hollywood producer who really cared about scripts and good storytelling.