Once Upon a Time on Skype: Dennis Cozzalio and the Siren Convene a Summit 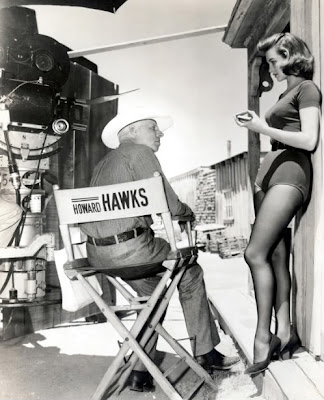 The Siren has long had a mutual admiration society going with Dennis Cozzalio of the most excellent Sergio Leone and the Infield Fly Rule, despite such obstacles as living on opposite coasts and the Siren's lack of affinity for, well, you know. But even though we reside in a Web world when it's easy to ignite a blog war over, say, whether a movie about a weedy-looking twentysomething vanquishing exes is too hip for the room, or whether a movie about dreams should include nekkid people, Dennis and I find our differences amusing and stimulating and always have. We're also very similar in ways that count.

Some time ago he came up with the idea of talking to one another via Skype about movies and blogging and (reckless soul) he volunteered to transcribe it. Part I of our epic yakfest is up at his blog, covering, as his title promises, origins, childhood visions, writing philosophy and the Beetlejuice of film bloggers. Part II is due later this week.
Posted by The Siren at 6:03 AM

Oh gosh. Miss Siren, you are as lovely as i imagined. And that was a great talk there. Thank you.

Just to say I still drop in now and again, and find, to my great relief, your writing as solid as ever.

And here's to Patricia, who seemed at times to speak as though it pained her to confess the emotions her breath revealed.

What happened to Graham Greene, Siren?

Berlinbond, I am so glad you are still around! You were reading me waaaay back when and I do not forget.


Ehsan, Blogger jumped the gun last night before I was done. Mr. Greene is right above us.

As is what I wrote about it:

My entry also refers to another recorded "summit"...but I'll let the two of you decide which one is Louis and which one is Duke.