Repost: Christmas With the Talmadge Girls

A repost from December 2008, for two reasons. One, it still cracks up the Siren. Two, it reminds her of how very grateful she is to be spending this Christmas in New York--so grateful that she accidentally misquoted Miss Loos last night on Twitter and Facebook: "There is nothing in this whole world that can warm the human heart like a Christmas in New York." The Siren's copy-editing memory trimmed an adjective, as you shall see. She isn't sorry, though. If the formidable Anita were alive, the Siren would tell her it's a sentence that doesn't need qualifying.

Merry Christmas, from the Siren's favorite city in the world. 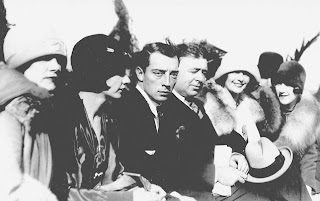 Last year the Siren was traveling from New York to Seattle with four-year-old twins and her 14-month-old in tow. Should you ever attempt this, the Siren has one word for you: Bribes. Our bribes consisted of factory-sealed juice and milk boxes, one for each kid, which careful reading of the relevant airline guidelines seemed to indicate was permissible.

The security guard, however, must not have read the same Web page, because she hauled out all of our toddler baksheesh and arranged it on the table with a scowl that said we were about to get busted, big time. "I'll have to call my supervisor," she said, with the air of one who says, "I'll have to call Judge Jeffreys." Said supervisor arrived, a small and stressed-out man in his uniform shirtsleeves. The guard took him aside and the Siren heard her saying, "It's too much, they're trying to bring way too much." But instead of glaring at the Siren and her rule-bending brood the supervisor cocked an eyebrow at the guard and the Siren heard him say wearily, "They're traveling with three kids, f'Chrissake. Let 'em take in the juice."

He turned and started to walk away and the Siren cupped a hand to her mouth and called, "HEY!" He turned.

"MERRY CHRISTMAS!" called the Siren, with gusto that would have befitted the Cratchits. The supervisor grinned and mouthed, "You too."

To that supervisor, and all those who are willing to bend the rules to make a holiday brighter, the Siren dedicates this story.

It's from Anita Loos's completely charming book about her relationship with silent stars Constance and Norma, The Talmadge Girls. Anita, Constance, the third Talmadge sister, Natalie (who would later marry Buster Keaton), and the formidable Talmadge mother, Peg, decided one year during their 1920s heyday that a warm California Christmas just wouldn't do. So the four ladies took the storied Twentieth Century to New York City and arrived just after midnight on Christmas Day. They found a Christmas tree on Vanderbilt Avenue, but no decorations. They deposited the tree in their hotel suite and Peg went to bed but Constance, Natalie and Anita, being more adventurous sorts, went out determined to find something with which to trim the tree. After wandering the deserted streets they found a drugstore in Grand Central that was open and staffed by a handsome, but sleepy clerk. He immediately recognized Constance Talmadge, but sadly admitted that his drugstore had nothing for tree-trimming.

And we were on our way out when the clerk, seeing romance about to disappear from his life forever, called, "Oh, Miss Talmadge! Come on back!"

He proceeded to unearth a box of small objects wrapped in silver foil, which glistened in the light. When Nate asked what they were, he said evasively, "What does it matter? They look like icicles, don't they?

Dutch [Constance's nickname] agreed eagerly and purchased all he had of them. The young man now ventured further. "Could you use some balloons?"

"Terrific!" Nate piped up. At which our benefactor produced a package of small deflated balloons, which he explained could be blown up and secured with dental floss. After which our young friend bethought himself of surgical cotton to serve as snow. Then, in a parting gesture, he presented Dutch with the two strings of colored lights that were blinking above the cash register. 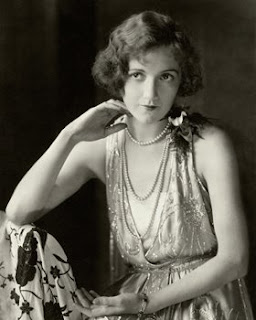 The drugstore clerk, utterly in love with Dutch at that point, carried the "decorations" back to the hotel suite where he, Anita and Talmadge girls decorated the tree.

"Let's wake Peg up to see it!" dared Nate. And it was agreed to risk Peg's fury. When she entered, wearing her nightie and sleepy-eyed, we waited breathlessly for her reaction.

"Why," she exclaimed, "it's absolutely gorgeous!"

Dutch's suitor now felt safe enough to introduce himself to the mother-in-law of his dreams. "Mrs, Talmadge," said he, "my name is Lester Noonan and I'm honored to make your acquaintance."

As Peg blinked at him, Dutch placed a caressing hand on his arm. "Lester dug up all the ornaments for our tree!" she announced.

But she spoke a little too fondly, for Peg immediately began to assess the young man's attractions. As if he were not even present, she asked, "And where did you dig him up?"

"At that all-night drugstore!" 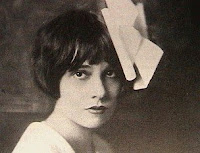 "Drugstore!" Peg repeated in a tone that placed all drugstores in a category with cesspools. Suspiciously, she turned to remove one of the icicles from the tree, examined it, and then in smoldering fury she addressed Lester.

"Peg!" we all remonstrated.

"Do you know what this thing is?"

Lester blanched and looked flat enough to creep under the wall-to-wall carpet.

Now Peg yanked one of the small balloons from the tree. "And d'you know what this object is?...It's a goddamn contraceptive!"

"It's only due to my upbringing that you don't know!" Again Peg turned on Lester. "It's scum like you who give movie stars a filthy name!...Take that nasty thing apart before Walter Winchell gets wind of it! Or Town Topics! Or, God help us, Louella Parsons!"

We removed the unholy objects from our tree and Lester found a trash bin in the back hall where he could bury them. 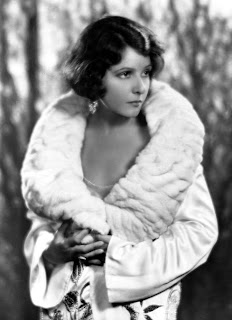 We had scarcely finished when Norma and Joe [Schenck, later Norma's husband] descended on us from Atlantic City...

"Merry Christmas!" exclaimed Norma. But then, spotting the tree with its unlit bulbs and gobs of cotton snow, she gasped, "What is that thing?"

...But at that point Joe was already coming to the rescue. He picked up the phone, called the hotel management, and commandeered the enormous Christmas tree that decorated the downstairs lobby.

By that time the bells of St. Bartholomew's were chiming 'O Come, All Ye Faithful' and through the windows we saw snowflakes drifting like a benediction. There is nothing in the world that can warm the human heart like a snowy Christmas in New York. And as Lester forlornly approached Dutch to say "Well, Miss Talmadge, good-bye," Peg, in an upsurge of Christian spirit, invited him to join the family party. In reaction, Dutch's gaze took on the nearest thing to love light I had heretofore encountered.

Happy Holidays and a joyous New Year from the Siren's family, to yours.

(Above, the Talmadge girls in San Diego. Left to right: Constance, Natalie, Buster Keaton, director Clarence Brown (identified for the Siren by Rudyfan1926), Norma, Peg. Middle, Constance. Second from bottom, Anita. Bottom, Norma.)
Posted by The Siren at 7:03 AM

One of my favorite posts! I call certain Xmas trees I've run across since then "Talmadge Trees", altho my laughter that accompanies this revelation is usually lost on the...er..."artistic designers"... Merry Christmas, Siren and all the gang here!

That's a wonderful Christmas story. Thank you for sharing it and best wishes to you and your family. I also picked up some decorating tips for next year's tree ;0)

Buster never had a chance.

Wonderful story, Siren. I was led here by the recommendation of Robert Avrech, whose Seraphic Secret is a regular stop of mine.

On Louella Parsons, she was W.R. Hearst's secret weapon. Don't know if you have ever been to Hearst Castle in San Simeon, but a star getting an invitation there (usually on a Wednesday from his secretary - to take the private railroad car up from Glendale Friday) - well, an invitation was a double-edged sword.

Turn it down (as Kate Hepburn did) and you never received another invitation.

Accept the invitation and during cocktail hour in the Assembly Room if you didn't watch what you said, Louella Parsons was usually there to make sure your words were in the dozens of Hearst's newspapers the next day.

What a fantastic story with which to celebrate the Holidays - I can always count on you, Siren!