For the Love of Film (Noir): Denouement and Big Finish 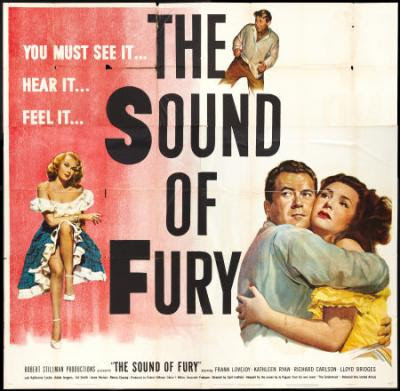 Not to put too fine a point on it, the Siren is knackered.

But it's an exhilarated kind of knackered. Damn, look at all those posts. What a torrent of really amazing writing this topic spawned. We really do love film noir, don't we? Maybe, as Ben Alpers suggested, this genre is more American than cowboys. But the Siren by no means wants to bypass the international component of this here blogathon--Denmark, Sweden, Scotland, Dubai, Spain, Australia, England. It was one great party.

And, with apologies to the Hays Office for the second instance of profanity (as if), damn, look at the money we raised. More than $5,000--in small increments. Person after person hitting the hat with whatever they could spare.

To use a term that is almost entirely alien to film noir, it's heartwarming.

The Siren here takes off her net-veiled hat to Greg Ferrara, the source of the gorgeous visual accoutrements for the blogathon, as well as some behind-the-scenes code-decoding that he's too modest to take credit for.

And she drops a deep curtsy to that torrent of energy, organization and enthusiasm, in whom all points of this blogathon meet, the fabulous Marilyn Ferdinand. She and I will be posting the results of the raffle drawings, final totals etc., later this week.

Now, through the efforts of us all, partners, bloggers and (bless you) donors, there's more than five grand the fine folks at the Film Noir Foundation can count on to restore The Sound of Fury, and bring back Lloyd Bridges, Frank Lovejoy and Cy Endfield, whose career was too short, to their full glory. To refer back to something Eddie Muller of the FNF said, a ghost film no more.

Speaking of Eddie Muller, the Siren here appends his personal thank you.

The Film Noir Foundation is immensely gratified by the remarkable response to this year’s film preservation blogathon. The quality of the contributions was exceptional, and conclusively proved that the best contemporary writing on cinema is happening on the Internet. We will eventually thank, personally, every blogger and every donor, but for right now we’ll bestow all our thanks on the two remarkable women who conceived and executed this extraordinary event: Marilyn Ferdinand and Farran Smith Nehme—no finer friends of film exist. Thank you, ladies!

During much of the blogathon I was in Seattle, presenting another NOIR CITY festival by night and visiting a series of colleges on weekdays, screening clips and discussing film noir, cinema history, and cultural preservation. These face-to-face encounters with the next generation always fill me with hope. At every stop I was greeted by eager youngsters—you’ll recognize them in the mirror—who had light in their eyes and questions on their tongue, crackling with the electricity that comes from plugging into the culture’s cinematic circuitry in a meaningful way.

There was some grousing during the blogathon about the lack of “big” donors this year, leaving this year’s final tally below last year’s, even though there were more individual donors. That doesn’t bother me––I’ve lived long enough to learn many things, and one of the essential truths is that folks who can’t afford to be generous are always the first to share. Every donation, whatever amount, is valuable and appreciated. We raised a portion of the total cost of restoring The Sound of Fury, but in truth it is the spirit with which people rallied in support of the cause—at a difficult time both economically and politically, worldwide—that is even more crucial to our mission than the dollars taken in.

Money is money. You always find it somewhere, somehow. Passion is sacred. Thanks to everyone for sharing their passion this past week. Let’s keep carrying the torch, not only for our favorite art form, but for all the things we cherish and refuse to relinquish.

It was a funride, thanks for the 'E' ticket!

And on the seventh day The Siren rested.

Thank you so much for all the hard work you and Marilyn did for this. This was an awesome experience. I'll be back for next year's blogathon, regardless of what it's for.

Thank you, Siren and Marilyn both, and Eddie for running the Foundation. It was a wonderful thing in which to contribute. Thanks for asking.

Thank you again, Siren, Marilyn and Greg, for everything you've done. And thank you, Mr. Muller, for both all the fine work the Foundation does, and for the beautiful statement at the end of this post.

three cheers to you all for the hard work you've put in! Make that 5,000 cheers.

Bill Wren said...
This comment has been removed by the author.
2:55 PM

Thanks to all of you for putting on the blogathon and thanks to all the bloggers who have given me so much to read and think about ... and to watch! This has been fun and hugely rewarding.

I've bookmarked the links and am reading through them with enthusiasm. Thanks to all involved for the hard work and enlightenment, and for the opportunity to support an art form about which I care.

Thanks for hosting the blogathon! Can't wait to see the film!

Wonderful news! So glad to hear the final tally.

Dear Siren, thanks for the inspiration and for your (apparently no longer) tireless efforts.

Early on you wrote about how after the War the French were suddenly flooded with a new kind of crime film, the films that came to be called film noir, and you said that you couldn't imagine what that must have been like. Well, thanks to the Film Noir Foundation's restoration, I recently saw Joseph Losey's The Prowler for the very first time. Featuring believable characters with relatively realistic faults and desires, it was like a revelation of an alternate noir universe. One more subtly shaded than much of the noir world I knew, one not reliant on the usual pulpy trappings of snappy patter, femme fatales and tough guy heroics.

Thanks for letting me play a small part in helping future film-goers see the noir world again for the first time.

What I think this particular Blogathon made note of was the particularly bitter flavor of early 50's noir -- when HUAC was in full force and great directors like Losey, Dassin, Berry and Endfield were packing their bags and heading for europe. On the way out the provided the well-aimed, devestatingly dark parting shots of Night and the City, The Big Night, The Sound of Fury and He Ran All The Way

Appropriately, I received my DVD copy of THE PROWLER today in the mail.

My deepest appreciation for the support you've shown me during this blogathon. It's an honor to be allowed to participate.

I don't expect you to add this link since the big show is over and you must be exhausted (seeing how I suddenly became Mark David Hueck!), but I wrote a sort of P.S. post to provide hope for the future of Noir through the work of one of my friends. Even made a custom banner to hopefully raise a little more money for the cause. Hope you enjoy it...and get some rest!!!

Congratulations, Marilyn and Farran, on flawlessly running a project that even made the op-ed page of the New York Times! You two are amazing. It was a privilege to be a part of this.

Thank you Farran (and Marilyn) for running another wonderful blogathon. It's going to take me the rest of the week to finish reading the posts and commenting on them.