For the Love of Film III: Last Call at Rod's 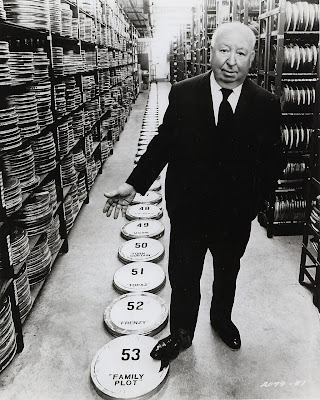 It's the final day of our For the Love of Film III blogathon to raise funds for the National Film Preservation Foundation's efforts to stream The White Shadow. Once again, your host is Rod Heath of This Island Rod. Click over to Rod's place for all your blogathon needs; remember that he's in Australia, and his hours won't synch perfectly with the North American day.

Our total at last reckoning was $2,140, far short of the $15,000 we had hoped to raise. Two who chipped in are Kenji Fujishima of My Life, at 24 Frames Per Second and Lee Price over at 21 Eassays; both are winners of the raffle prizes donated by the NFPF, copies of the splendid set Treasures 5: The West, 1898-1938, featuring two films we saved with funds from the first blogathon.

The totals so far are, to be honest, challenging the Siren's usually sunny blogging attitude. Clearly, we could use a nice twist in the last reel, and the Siren, Rod and Marilyn Ferdinand are hoping one shows up. The mighty James Wolcott of Vanity Fair has done his part, for one, and we hope you have, too. Warm thanks to everyone who has participated so far; kudos to those who have donated, we salute you. And if you can, click below and donate--it would be great to have a happy fadeout.

I was wondering if my Blogathon piece (that I e-mailed you yesterday) might have a chance of showing up? If it's impossible because of my blogless-ness, that's fine, but if there's even a slight chance, I'd be most grateful. Is there anything I should or could do?
Also, regarding the donations, I know for a fact that some (not hundreds, but definitely a few) blog-less blog-readers donated directly to the NFPF before the Blogathon started. I hope that knowledge helps, for what it's worth, given that the donations are down this year.
Finally, thank you - and the other blog-hosts - for this great effort.

Thanks a million, Siren, Marilyn and Rod - I was happy to participate in the blogathon!

Annie and I will watch Under Capricorn (which I recall as not being nearly as bad as the reviews) this weekend.

Paul "Way Too Damn Lazy To Write A Blog" Etcheverry.

And Tom, I recall an SCTV spoof with John Candy as Hitchcock that was hilarious.

I've been traveling all week while trying to manage my own site's contributions to the Blogathon from the road. However, I'm back today and just popped over to make my own donation. Wish it could be more, but I hope it helps.

Hi guys! Thanks so much - do be sure to post any links at Rod's place today, so he'll see them!

Just made my donation, too, and if the FB update is any indication, it looks like there was a surge in giving, right? Hope so! Thanks again to you, Marilyn and Rod for doing this!

Trish said...
This comment has been removed by the author.
7:56 PM

Just a general comment --- Jeepers! Rod's Vertigo piece made me dizzy. One of those pieces to savour.