For the Love of Film III: Bring Up the House Lights 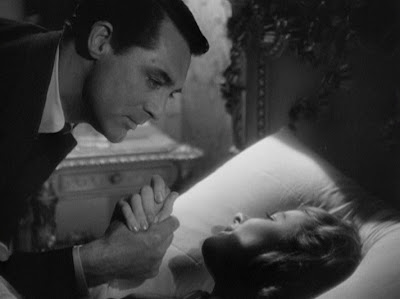 The Siren foregoes preamble to tell her patient readers, dear blogathon participants and generous, beautiful donors that our total zoomed up to $6,490 in the final stretch. That, my friends, puts us over last year's total.

Over the six-day course of the blogathon, we notched 208 posts (why do you think I chose that screencap?) from 112 bloggers. And, listen, in the two previous years Marilyn and the Siren were proud to note that many people wrote fine, fine pieces, ones the Siren still refers to on occasion. But this year--damn, you folks outdid yourselves. This has been excellent reading and the Siren is still wending her way through the links. She doffs her feather-trimmed fascinator to everyone involved. Y'all gave the Master nothing but the best.

So, where does that leave us in terms of streaming The White Shadow this fall? The Siren turns the microphone over to Annette Melville, the protean force behind the National Film Preservation Foundation's fundraising efforts. (Working with Annette behind the scenes has been David Wells, and a round of applause for David, too, as he's been tracking donations and just quietly being indispensable from the beginning.) Anyway, here's Annette:

There is no presentable digital copy of the film now. We have to raise sufficient money to make a digital copy, record the new score, pay the composer and musician, mix the score, and lay it down to the digital copy, in addition to the web hosting...We hope to raise these funds over the next few months...Plans are afoot but cannot be finalized until we have the all the necessary money.


In sum, what we have is not the whole megillah, but it's a darn good start. Annette says our efforts have gotten the NFPF a good part of the way--"the heavy lifting." The NFPF are deeply grateful, and in addition, "there is also an important long-term goal of planting a seed--of getting people thinking about film preservation and the value of supporting it." She's very happy, as are we all, that we've accomplished that.

We're done, and we did good. As Marilyn says, "it was an unqualified success as far as we're concerned." Back to our regularly scheduled programming here and at Ferdy on Films and This Island Rod.

The name of this here blog is, after all, Self-Styled Siren, not Widely Acknowledged Nag.

In the meantime, however, your good work is still out there, and the Siren suspects you haven't finished reading everything, either. Keep up the commenting, because a good comment warms a hard-working blogger's heart. For the posts you love, by all means, share via the social media of your choice; call your tech-challenged Aunt Mildred and read her the URL.

The donation link remains in service, now and for quite a while to come, because in the past we've gotten post-blogathon donations, and like an auteur working variations on the same theme, that could well happen again. The Siren's leaving hers up on the sidebar.

Some glad tidings of prizes for those who gave generously to the NFPF:

To Shannon Fitzpatrick goes an autographed copy of Roger Ebert’s memoir Life Itself. (Thanks to Mr. Ebert for donating that prize.)

Rebecca Naughten has won an autographed copy of Betty Jo Tucker’s Confessions of a Movie Addict. (Thanks, Betty, for offering that prize!)

To Peter Nellhaus goes a French Notorious poster, and I hope that poster appreciates its new owner, that's all I can say.

Aurora Bugallo gets the photo of Alfred Hitchcock and the giant telephone. (Warmest thanks to goddess Donna Hill for donating those last two prizes.)

Music, The End, roll credits...go hang out on a beach somewhere. We deserve it. 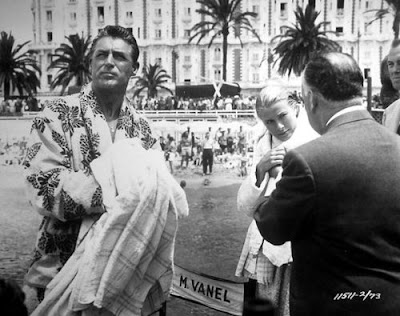 (One note: that screencap up top is from Sheila O'Malley, who has a magnificent post up about Cary Grant and the character of Devlin in Notorious. It was one day late for the blogathon, but you want to read it, oh boy do you.)
Posted by The Siren at 10:01 AM

Sweet Saint Francis of Assisi, it simply does not get much more Freudian than that.

Fixed, Shamus, with my thanks. Hope that got the early readers the laugh it did me...

Fantastic work Marilyn, Rod and Farran. My grape festooned chapeau is doffed in the direction of all the donors. It's been great fun reading all the incredible postings and getting to revist a Hitch film for me, too. A real pleasure to participate and an honor to donate to such a worthy cause. Now the three of you deserve some time off and some long naps.

Always glad to participate, both in posting and in financial contributions. I'm happy to know that what was raised was "a good start".

I don't know if it is coincidence, but one of my future postings will be of a Japanese "Pink Film" starring a woman described as "the Ingrid Bergman of bondage".

Thanks go to you, Siren, Marilyn and Rod, for all your hard work. Sorry I wasn't able to do more this time than throw money at it, but it's very heartening to read the great posts, and see enthusiasm all around.

"Thank you for coming. It's been a perfectly hideous party"
Oh no, not yours, Siren. Alisha Huberman's. Sheila O'Malley's 'Notorious' (maybe my favorite Hitch) post is truly magnificent. Congratulations all around.
I noticed somewhere, sometime during the blogathon you referred to 'Marnie' as (ahmmmm) "odd". You, Siren, are a model of diplomacy and finesse.

Siren, you're the best. I am still catching up on my reading - it is absolutely phenomenal, the response, the sheer volume of thoughtful pieces. I'm in heaven! Great job, and thank you for putting it all together with Marilyn and Rod.

This was a fun blogathon... I, too, am still catching up on all the reading. You guys have done a wonderful job.

Great blogathon, but God bless you for the tweet about Pushover.

Ever say to yourself, "I wonder if George Sanders happened to record an album of love songs in 1958? And if some kind soul has uploaded audio files of same?" The answer to both questions turns out to be Yes. (The kind soul says he find George kind of creepy but I am willing to overlook that).