For the Love of Film III: Day One 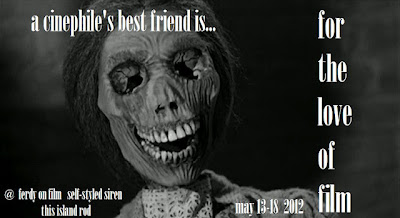 Starting a Hitchcock-themed blogathon on Mother's Day is the kind of joke Hitchcock might have appreciated, and so here we are. It's Day One of our blogathon to benefit the National Film Preservation Foundation and its efforts to stream the three rediscovered reels of The White Shadow from 1923, directed by Graham Cutts and the earliest surviving film that Alfred Hitchcock had a major part in creating.

Click over, please, to goddess Marilyn Ferdinand at Ferdy on Films for all your blogathon link needs. Then click through to the posts by all the wonderful, dedicated writers who are urging you to donate. And above all, throw a little something in the kitty, please. Every donation counts, every donation is eligible for raffle prizes, and every donation is deeply appreciated.

Digging around for Hitchcock anecdotes is like trying to find just the right cup of sand at the beach; the problem is that the supply is inexhaustible. Nevertheless, to start us off, the Siren is offering a few here. 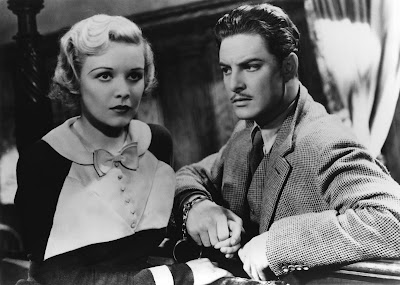 The eyes should be far apart, the face oval or round rather than long, and the way the hair grows round the forehead is important. The features must not be too decided, and the screen demands a certain animation and sparkle of movement, which is the opposite of self-consciousness.

--Alfred Hitchcock's "rough-and-ready rules" for screen beauty, circa 1935, quoted in The Dark Side of Genius: The Life of Alfred Hitchcock by Donald Spoto 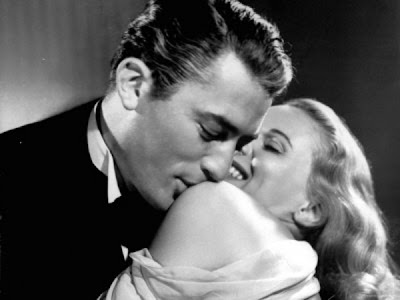 He took the trouble to study his actors quite apart from what they were playing, and so he was able to bring hidden things out from them. He always realized how nervous I was and used to wait for the silence before 'action' and then tell a naughty, sometimes shocking story that either galvanized me into action or collapsed me into giggles; either way it removed the tension. 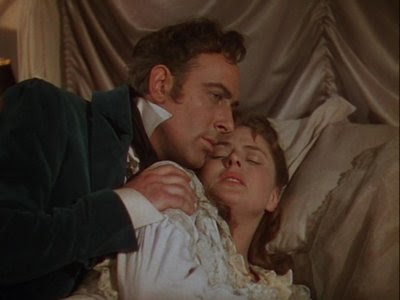 We already had one little argument about my entrance and I got my way. I know I always can with him but I dislike the argument.

--Ingrid Bergman writes a letter to a friend from the set of Under Capricorn, quoted in My Story 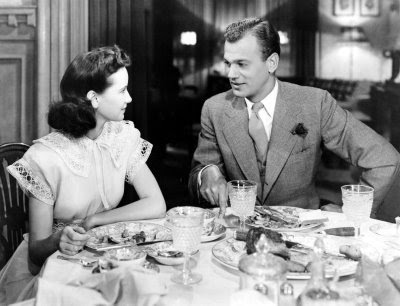 If any other director asked an actor to put down a teacup, it would be only that. But with Hitch it was done for a reason. If an actor was strumming his fingers it wasn't just an idle strumming, it had a beat, a musical pattern to it--it was like a sound refrain. 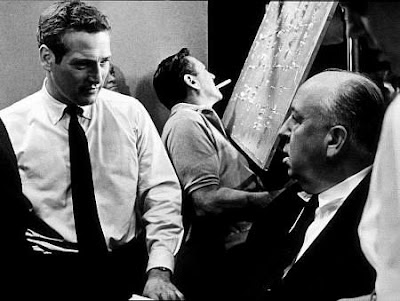 There was one small scene, however, that continued to trouble our conscientious star, and no amount of waffle on our part could convince him that he had its proper significance within his sights. This was where, as an American scientist in East Berlin for reasons I need not go into, he has a meeting with Julie Andrews who has to place a package into his hands, for reasons I no longer remember. Newman's problem, as he agonized it to Hitchcock during the camera rehearsal, was on the lines of: 'Hitch, it seems to me I have a situation here with Julie, I have a situation with the package, I have a situation with being in East Berlin and I have a situation with the problem of our being observed. Now how should I be relating in this scene?' HItchcock, having listened courteously, delivered his judgment in his measured, plummy accents: 'Well, Mr. Newman, I'll tell you exactly what I have in mind here. Miss Andrews will come down the stairs with the package, d'you see, when you, if you'll be so good, will glance just a little to the right of camera to take in her arrival; whereupon my audience will say, "Hulloh! What's this fellow looking at?" And then I'll cut away, d'you see, and show them what you're looking at.'

--Keith Waterhouse discusses Torn Curtain, for which he did some uncredited rewrites with Willis Hall; in Streets Ahead: Life After City Lights.
Posted by The Siren at 11:22 AM

In keeping with the tone, it is rumored that after working with AH on Rear Window, Thelma Ritter warned a fellow-actor about to start a project with Hitch (it isn’t recorded who or which film) not to expect any praise from the director. In fact if Hitchcock said nothing after a take, it meant he was happy; if he wasn’t happy, “…he looked like he was about to throw up.”

Per Yojimboen's comment, supposedly Doris Day had a similar experience working w/Hitch, when she became frantic because he said nothing about her takes (thinking he thought she was lousy). She requested a meeting, at which he reassured her that if he said nothing, he was happy; and if he WASN'T happy, then he would let her know.

My own favorite Hitchcock quote (I think in Spoto) is being on the Johnny Carson show, who asked if Hitch has once actually said "Actors are cattle"; to which Hitch replied, "I only said they should be treated like cattle." Perhaps the difference between the 2 statements is only splitting hairs; but I admit, ya gotta warm up to the guy.

When one thinks about it, the whole relationship between actors and directors in film is odd, particularly when contrasted with stage work. And yet it creates magic......

Hitchcock’s case, I think, was one of nurture over nature. IMDb begins his bio with, “Raised as a strict Catholic [by Jesuits], Hitch had very much of a regular upbringing.”
How those two thoughts can be remotely reconciled is beyond me. Coming of age between the wars, this plump, rather unappealing young man was, by his own admission, terrified of women (he married virtually the first one who was nice to him).

Shooting exteriors for The Pleasure Garden called for an actress to wade in the surf; she explained she couldn’t that day; you know, that time of the month(?) Hitchcock had no idea what she was talking about and had to be taken aside to have menstruation explained. He was 26 at the time.

Hitch’s fear of, or intimidation by actors (or more pronouncedly actresses) is far from unique in directors, Woody Allen admitted in an interview he had never spoken a word to actress Judy Davis (beyond ‘action’ and ‘cut’) in five films together – she terrifies him.

"Not this actor!" said Cary Grant, when asked about it.

Hmm. Romance is in the air. I admire actors who are doing there jobs professionally and not prioritizing hanky pankies during the shoots.