Turner Classic Movies has declared September an unofficial cinema history month. They are beginning a months-long series of screenings of The Story of Film, and showing a variety of movies alongside that series. The list is so rich that it has the quixotic effect of depressing the Siren; she cannot see it all, cannot even get a DVR big enough to hold it all.

The schedule prompts the Siren to go public with one of her deepest, most tenaciously held opinions:

Laver's Law was the creation of James Laver, an art historian and curator at the Victoria & Albert Museum, who helped create the field of fashion history as we know it today. His law is, as it should be, of the utmost elegant simplicity. In a book called Taste and Fashion (1937), he proposed that the way we regard fashions in clothing forms a predictable cycle over time. One item, such as a dress, will be regarded in a number of ways as the years roll on.

Here then the Siren offers illustrated examples of her own, using Laver's categories (although the Siren's allowing herself the privilege of rounding off in a couple of instances), based as usual on nothing more than her own whimsical brainwaves. This is how these films look to her; they may well look different to you, and if you want to play at home, have at it.

The point is that in just a few more years, these films may look different to everyone. Certain films are born great and stay that way; but canons are not immune from fashion. This year's whipping boy may be on my grandchildren's college syllabus. If the Siren has been caught dissing a treasured favorite, comfort yourself with the thought that time's winged chariot may yet run me off the road.

The first two are, obviously, not regarded as either indecent or shameless now: 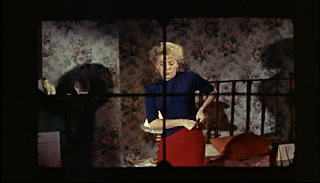 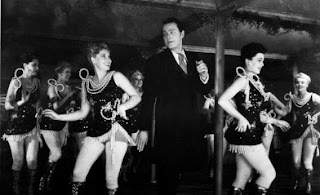 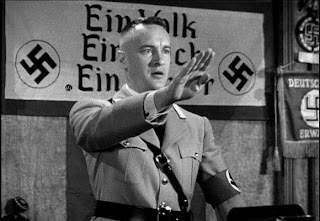 Smart: 'Current Fashion'
Upstream Color (2013) (The Siren herself thinks this one's going to date badly, but right now, it's as smart--in the sense of modish--as it gets.) 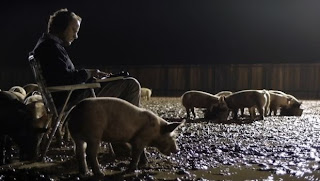 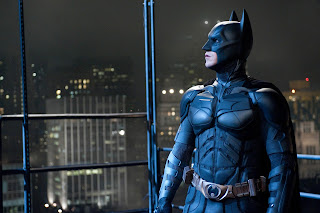 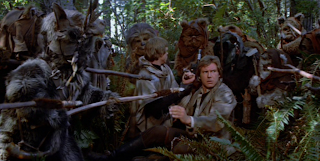 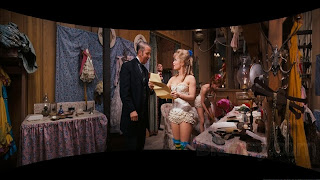 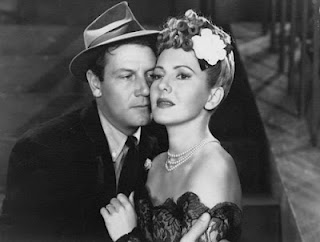 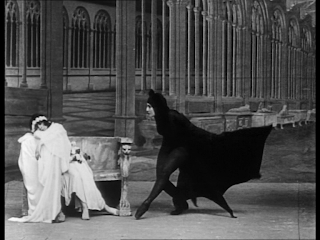 Beautiful: 150 years after its time
(Time-wise, this is a major cheat...but the Siren is willing to bet that this will still be beautiful in 2045.)

I've seen only three on your list: "Citizen Kane," "Love Actually," and "How The West Was Won." I still enjoy "Love Actually," mainly because of Emma Thompson, even though it has way too many story lines going on. My pick for a 'ridiculous' movie, dated almost the moment it was made, is "The Graduate." I was in the opening night audience in the Beverly Hills theater where it opened in 1967, and yes we were all laughing in the designated places. Now, the only thing still funny to me is where the hotel concierge asks Ben, "Are you here for an affair?"

My neighborhood theatre screened a 4K print of "Raiders of the Lost Ark" the other night.

Full house, no cell phone usage I could see, and the only talking I heard was in reaction to what was on screen. Best of all, I think some people were seeing it for the first time (or at least had forgotten a lot of it). I haven't had a communal experience at the movies in a long time; I'd almost forgotten what it was like. I even remembered, a little bit, what it was like to see that movie at age 16.

"Timeless classic"? Maybe. Certainly compared to its summer-blockbuster progeny (of sorts) it's a "Metropolis."

Sublime: 26 years after its time
Fellini's 'Intervista' (1987)
No one saw it then (total US B.O. 112K) and people, even cinephiles, look at you quizzically when you mention it today. Yet, after many viewings, 'Intervista' remains one of the most moving films I know.

Peeping Tom was definitely ahead of its time in its ideas. But I saw it again not too long ago, and I have to say that Powell's execution is terribly sloppy. A brilliant guy, but without Pressburger, I think he was very limited as a filmmaker.

Yeah, I think The Dark Knight Rises will age badly, and I bet most of the other big-budget action movies we see these days will look pretty stupid in twenty years. I'd like to think that Nolan's The Prestige will some day get the attention it deserves.

The More the Merrier is a wonderful movie. I bet it'll still hold up a thousand years from now. Jean Arthur is timeless.

Lemora, that's an interesting category; movies that were dated from the moment they were made. Obviously I was very taken with Sweet November but it's a pretty obvious candidate.

Testing, Raiders definitely holds up better than Return of the Jedi. Better in some ways than Star Wars, too.

Mas, I haven't seen that one!

Casey, I don't really disagree. Peeping Tom is very very far from my favorite Michael Powell. But the reaction looks like a bulletin from another planet these days. I honestly think that if it had been released in 1970 it would never have damaged his career the way it did.

The Dark Knight Rises is what you call low-hanging fruit but when I was noodling around with the Films of 2012 it did kinda jump out at me. And viva Jean Arthur!

Also, I have to confess that I have seen only clips from The Dark Knight Rises, and I picked it for the look of the thing; everything else I have seen. For better or worse.

Don't bother with The Dark Knight Rises. It's Nolan at his most excessive. But if you haven't seen The Prestige, I recommend it highly. It's very complex and totally engrossing. You'd never guess it was made by the same guy.

re: Powell without Pressburger...

Certainly Powell's post-PEEPING TOM career is pretty darn mediocre, but his pre-Pressburger career had some wonderful films in it, most notably EDGE OF THE WORLD and the sequences he directed in THE THIEF OF BAGHDAD.

Since Sweet November is a remake, it's no wonder, it would be considered dated when it was made.
I wonder if the same could be said for most of remakes.
As for Archers: I'm intrigued how their cooperation looked like, Powell responsible for visuals, directing, Pressburger for screenplay, verbal part (which I find amasing considering English was not his native language. It seems they complemeted each other splendidly. And by the way, how did the cooperation between Billy Wilder and Charles Brackett look. Was it similar?

Ben, you're absolutely right on Thief of Baghdad, one of my favorite films ever ever.

Taci, I think I am confused; I wrote about the 1968 version of Sweet November which I think was the first time it was filmed.

O, I thought you meant Keanu Reeves remake, my mistake.

Any movie with Jean Arthur in it is charming.

Why, she even brought a bit of charm to SHANE

I'm pretty meh on "The More the Merrier" despite being a big fan of Jean Arthur. The story is pedestrian and Joel McCrea is at his most Joel McCrae-ish. However I think the scene on the porch stoop is one of the most marvelous romantic scenes ever.

I think there will be a break in conception of good versus bad of a lot of kinds of movies right around the time SFX overuse began - maybe not now but later, when it will stand out even more. I couldn't watch a lot of recent stuff because of so much...muchness, they don't know when to quit, and it's not very good verisimilitude - it's wrongness hurts my brain, never in the way, say the skeleton fight in "Jason and the Argonauts" excites my imagination.

Speaking of costumery, the rise of a sort of naturalism in Westerns' wear for about an eyeblink at the time of "Stagecoach" made a huge impression on me as a boy, and then all of a sudden the wild west showman suits which had given way were suddenly back, along with a whole new 'modern' look for a period gone for almost a hundred years. I quit watching a lot of oaters right then and there, and when I do catch one of the offenders again, they still look wrong. And don't get me started on the 70s and 80s, the hair alone can be an affront to public safety.

Andrew, while I adore The More the Merrier, we agree on the stoop scene and that's why I picked that still!

Vanwall, it's always a rough and very personal thing, deciding when and where the liberties taken with appearance throw you out of a period film. Orson Welles has much to say on this in My Lunches With Orson!

Wait -- I just saw "Love Actually" for the first time last year, and I liked it, so do I get another nine years to hate it?

Love Actually has been completely overwhelmed by Weekend

Love Actually seemed like a piffle the day it was released. I'd say however many years later, Dances With Wolves didn't wear at all well, somehow those failings escaped me on a first viewing.

Off topic, but I hope all Sirenistas will check out D. C. Cairns' post on Shadowplay today. While in L.A., Cairns, a film maker as well as a blogger, got married. The marriage was performed by Norman Lloyd. The one hanging from the Statue of Liberty at the end of Saboteur.

According to Laver's Law, all my dresses are either ridiculous, hideous, or dowdy. I won't get into how it mostly applies to my taste in movies.

This is off topic, but as a Cat Person, I have to write in appreciation for the photo of the month (I don't know the official term, if you have one) of Gable and Lombard with their Siamese kittens. This is my very favorite one of them. I remember when their Encino ranch still looked like it did then, as my friend Lindsay lived one block away in the nineteen fifties. Thank you!

"Why, she even brought a bit of charm to SHANE"