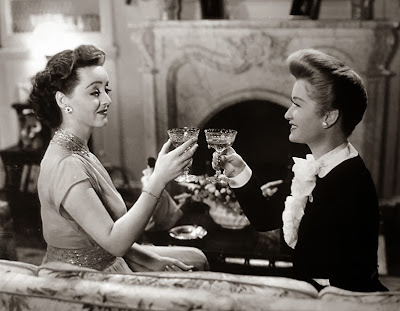 The Siren usually keeps her contemporary reviewing duties off-blog, but to clue in her patient readers on what she's been watching this year in her capacity as a freelance critic for the New York Post, she offers her list of the best of 2013.

Blue Is the Warmest Color

The Act of Killing

Bonus 10: More Than Honey; Post Tenebras Lux; You Ain’t Seen Nothing Yet; Passion; Gravity; All Is Lost; The Butler; The Wolf of Wall Street; What Richard Did; Gimme the Loot.

The Worst:
Many of the films the Siren sees for the Post are independents or foreign art films made on small budgets, and after kicking the bad ones in print, it feels unsporting to indulge in a late hit. But there are four that the Siren feels obligated to mention, so that none of you will be ever be able to say she didn’t warn you.

No One Lives
Molly’s Theory of Relativity
Eden
Clip

And a grateful nation thanks you, doll. Happy New Year!

Peter Nellhaus said...
This comment has been removed by the author.
7:17 PM

Glad to know we agree on Caesar must Die. It wasn't on my 2013 list because I saw it in 2012. Hope you don't hold it against me that I liked Clip for the most part.

Happy New Year! I loved "The Great Beauty," "The Book Thief," "Saving Mr. Banks," (mainly due to Emma Thompson) "Before Midnight," "Philomena," (due to Judi Dench)"The Audience" (due to Helen Mirren; and I can't remember what else I've seen at the moment.

Peter, another critic I read & consider entirely sane also liked it. I had a whole run of late-fall, well-reviewed movies this year for which I felt either utter indifference or outright hostility. After a while it got to be funny. Anyway NO of course not. I'm much more interested in the fact that you also liked Caesar Must Die, though!

Lemora, I want to see The Great Beauty soon; I like the sound of it.

Just watched Sarah Polley's "Stories We Tell" and found it to be one of the best films I've seen in 2013.

"Gravity" is the only one of your lists I actually saw this year. My film viewing is generally from library DVDs. By the time I get the urge to go to the theater, the film I want to see has left.

I guess "Sharknado" isn't eligible because it was on TV first...

"The Great Beauty" concerns the reveries of a 65 year old Italian journalist who has just learned of the death of the woman he lost his virginity to, many decades ago. The dialogue sparkles and so do the gorgeous images of Rome. It is an homage to Fellini and "La Dolce Vita." As for "American Hustle" and "The Wolf Of Wall Street," I wouldn't touch either one with a barge pole. I've decided to avoid Mr. Scorcese for awhile: "Casino" made me feel like I'd been beaten senseless; "Gangs Of New York" gave me nightmares about Bill The Butcher; and "The Aviator" did not pass the Siren's "Devotion" test for misguided Hollywood biopics: Inscrutable casting choices (check). Appalling liberties taken with the facts (check). Inconvenient details summarily dispensed with (check). (Okay, Cate Blanchette did a great Hepburn, and that magical, fun scene where Hughes lets her fly the plane over nighttime Los Angeles gave some indication of what the movie might have been.) I read an interview where Scorsese said that he's telling the American story with his films. Whew! I wouldn't want to meet us in a dark alley!

Chère Madame, Your list is intelligent, instructive and, as always, kind and decent. I find very little to dispute. Your sub-list however? Mmm…

The other day I checked Rotten Tomatoes for the critical consensus of Wolf of Wall Street; I was stricken to find screen after screen of praise, then I saw the repost from your pal Lou Lumenick and the balance of the Universe was restored. Yet I was hesitant to rejoin this merry band with a negative comment, until Lemora kindly opened the door…

Re Scorcese, I take a back seat to no one in my admiration for his championing of the 7th Art; his untiring efforts to preserve the cinematic legacy of a culture for future generations are beyond admirable; in that regard, Mr. Scorcese could justifiably be deemed a national treasure.

I just wish he didn’t make films. I try to like them, I really do, but… there’s just nothing there that comes close to explaining to me what all the fuss is about.

I saw "The Wolf of Wall Street". My only complaint was that it was probably 15 to 20 minutes too long. However, I thought it was a very scathing look at the celebration of wealth not only in this country, but in the world; and the corrupt impact that greed has on human beings.

"I know there were people who felt I was morally irresponsible to make a film like 'Goodfellas'. Well, I'll make more of them if I can." -- Martin Scorsese (please note the correct spelling of his surname)

Now that the Oscar nominees have been announced, are you tempted to chime in with praise and complaints? I'll admit "Wolf of Wall Street" kind of overwhelmed me. Scorsese managed to play one note for three hours without driving me out of the theater. It's probably his cruelest movie since "King of Comedy."