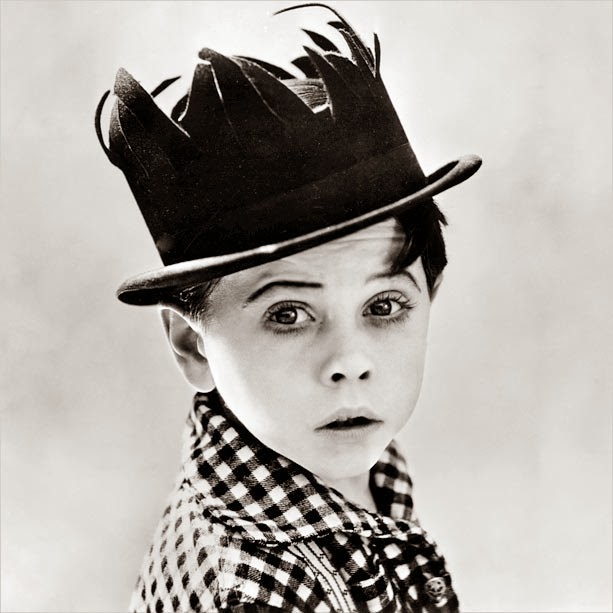 Mickey Rooney is one of the last surviving silent-film actors. He turns 94 years old on Sept. 23, and he just got an early birthday present: His first starring role, Mickey’s Circus, a comedy short from 1927, has been rediscovered in Amsterdam. Our old friends at the National Film Preservation Foundation are working to repatriate that film, and many others. The Los Angeles Times has the story this morning:

Long-missing comedy shorts such as 1927’s “Mickey’s Circus,” featuring a 6-year-old Mickey Rooney in his first starring role, 1917's "Neptune's Naughty Daughter"; 1925’s “Fifty Million Years Ago,” an animated introduction to the theory of evolution; and a 1924 industrial short, “The Last Word in Chickens,” are among the American silent films recently found at the EYE Filmmusem in Amsterdam.


The Siren points out that the 1925 “animated introduction to the theory of evolution” was made the year of the Scopes Monkey Trial, no less. 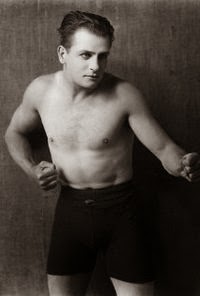 Well, yes. Reginald Denny used to look like this. He has his own entry at an online boxing encyclopedia, and the Siren’s eyes bugged out when she saw who he was fighting (on the vaudeville stage, admittedly) in 1922. 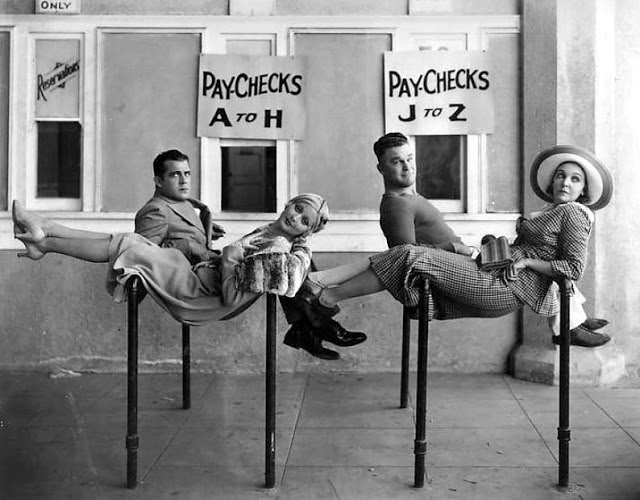 Also in 1922 appeared the melodrama “For the Defense,” with ZaSu Pitts, which IMDB says is based on a play by Elmer Rice (who also wrote the play Counsellor-at-Law), but otherwise had been not only gone, but forgotten. It’s part of the Amsterdam trove. In preparation, you can watch the darling Thelma Todd demonstrate the proper pronunciation of ZaSu.

When all the hard word of preservation is done, the NFPF is once again looking to stream these films on their site, where we'll all be able to see them. If you want to celebrate this happy occasion by contributing to their continuing good work, the donation link is right here.
Posted by The Siren at 1:19 PM

Labels: For the Love of Film, Silent Movies

Such great news. I hope to some of these at the 2015 San Francisco Silent Film Festival!

Not surprised at what pops up in Amsterdam. It's where I saw the Frank Capra silent, Submarine.

I hate to day it, but the NFPF's "Sherlock Holmes of Celluloid" is apparently in need of a Dr. Watson,as MICKEYS CIRCUS (1927) had never been a missing film. I have a beautiful 16mm print of it in my own collection, and it was available from at least two home movie distributors in the 60's and 70's as well as a television package of Mickey McGuire shorts. the Koko the Clown cartoon, KOKO'S QUEEN (1926), also survives in 16mm television prints, not just "sun-standard video copies. It's nice that 35mm materail has turned up on these films, but it is disturbing that this is the level of research and knowledge that the NFPF is paying good and hard-earned preservation money for.

Imshah, I wrote this up from the L.A. Times story, and it is more likely that the reporter is unfamiliar with terminology and mixed up "missing" with "in need of preservation," in which case I am sorry I repeated the error. I'll cut the confusing modifier. The LA Times does say that the majority were either missing or existed in inferior prints -- not all. I wouldn't jump to the conclusion that it's the NFPF's phrasing mixup or that their researcher doesn't know the difference.

Lookit that Reginald Denny, with his tan lines and birdy chest!

We've been so changed by body-building culture to expect massive pecs and a six-pack. It's interesting to listen to the guys in the chorus of Cool Hand Luke talk about how they asked Paul Newman for beauty tips.

Hamletta, I once read an article about the rise of muscle culture -- I guess at one point the term "muscle bound" meant that a lot of people thought it was actually unhealthy to be too muscular? Denny doesn't look like he'd last long with Dempsey, I gotta say.

Another couple of slabs of Denny beefcake:

You can tell immediately the poster is an ancient artifact: the writer's credit is bigger than the director's...

Ha! A true screenwriter's joke. That reminds me, I keep meaning to dig around for Gore Vidal's old essay on that very topic.

Reginald Denny was quite an accomplished guy and at one time popular with ladies on and off screen. Not to be confused with some of his latter day work.

My understanding of the term "muscle bound" was that body building made people inflexible, they were actually bound by their muscle and unable to move well.

Denny is a popular figure in the Stanford Theatre neighborhood; they've featured a few of his comedies, which I have to admit I've never seen--apparently, he was a proto Edward Everett Horton figure before he ended up playing Scrooge.

The Beeb on "Love, Life, and Laughter" with Betty Balfour directed by George Pearson, one of the most successful silent directors in the UK: http://www.bbc.com/news/entertainment-arts-26848905

The film was one of the recovered films found in the Netherlands.

The timing of this find, in the light of Rooney's recent death, is nothing short of destiny.

The Stanford celebrated its 75th anniversary with a screening of Denny's "I'll Show You the Town," in which he played his silent character of an all-American go-getter -- a Lloyd type, if you will.

I've seen comedies by every major --and a lot of minor -- silent comedian, and I have never heard louder and heartier laughs than that Denny picture got. I'd seen him a lot before, but I became a fan for life that night.

Whether they were thought lost or only available in poor prints before, it was excellent news about these silents being found and restored! The news was very timely with the San Francisco Silent Film Festival being pushed up from July to the end of May. I'm hoping these prints are at least discussed at the archivist presentation at the fest.

The ZaSu video was adorable! It will be shared and reshared amongst certain film-lovers. It's much more helpful for fans than the still of her standing at the chalkboard with a very long stick that looks like she not only would use it for pointing at the chart, but also for smacking those who got her name wrong!

Anonymous said...
This comment has been removed by the author.
5:40 PM

Speaking of the muscle-bound, I'd love to know the name of the cutie pie next to Zasu. He looked like he could hold his own, pec-wise, then or now. :)

Tay -- That's Guinn "Big Boy" Williams. (No kidding, that was his nickname.) The other gentleman is director Marshall Neilan, whose looks are more my speed, though he came to an unhappy end.

"Muscle-bound" referred to being so built-up that you lost mobility. Not sure that really happened, but...