Onward! The Novel, the Screening, the DVD, the Celebration of Preservation 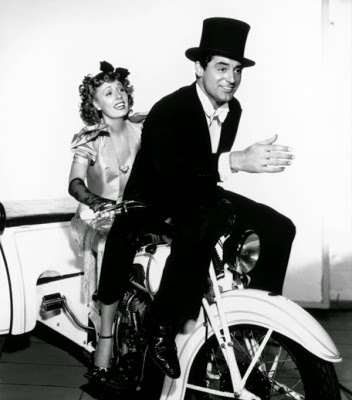 The Siren could start by looking at the date of her last post and fluttering, “Did y’all miss me?” but that would be coy. She’s missed you.

It has been, as you may gather, an alarmingly busy time for the Siren. She’s been writing, but alas, not much for the blog. Meanwhile the world continues to scoot along, and we have some catching up to do. So here’s 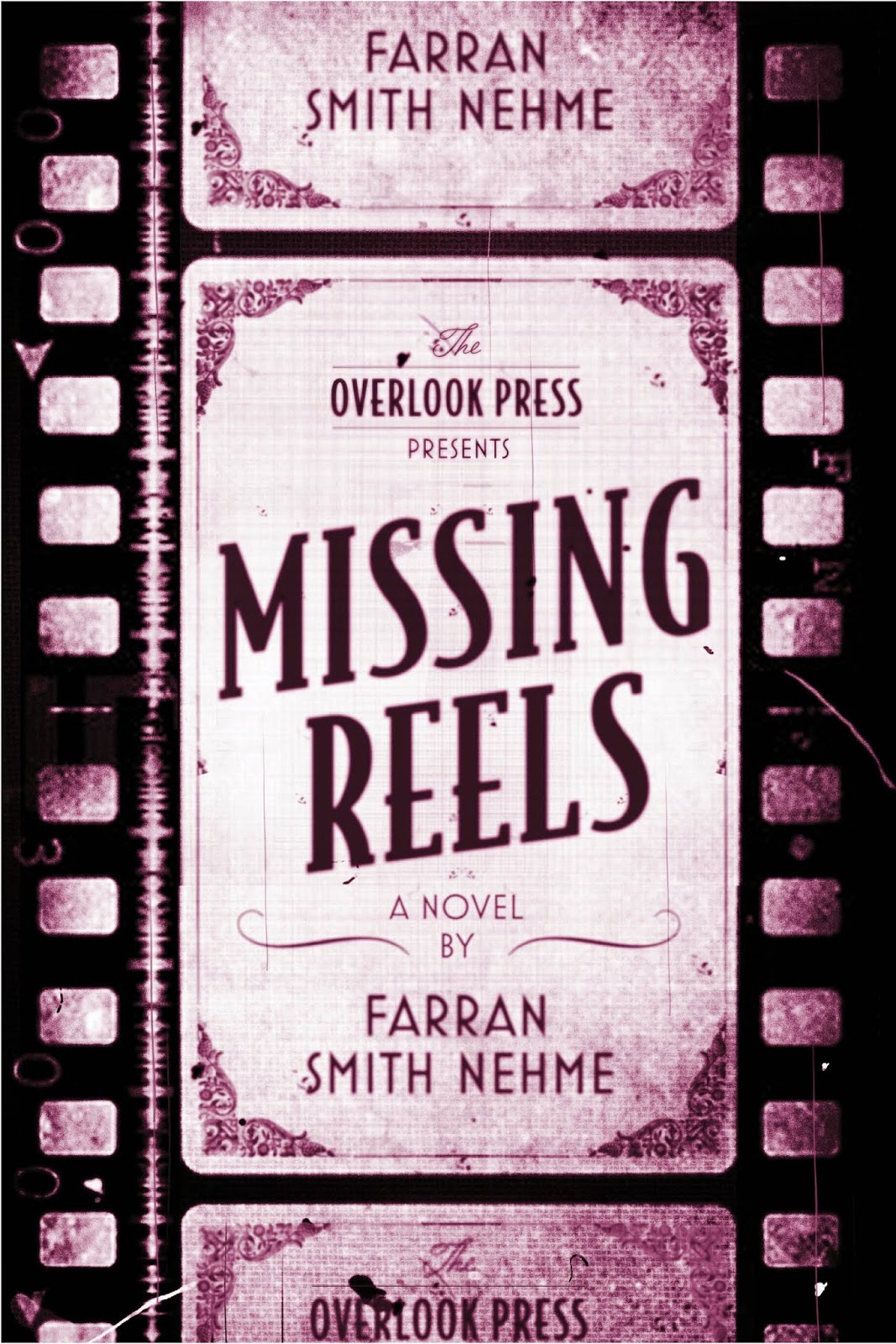 Part One: The Novel

Missing Reels is still scheduled for publication on Nov. 12, which is just around the corner. You can pre-order at the bookseller of your choice, which would make the Siren very happy.

You can find a copy at your local bookstore via Indiebound.


And if you are saying, “Hm, well Siren, I like you and all, but I don’t know what this book is about. Perhaps it is Not My Sort of Thing,” then you can look at the latest review, at Publishers Weekly, where they said nice stuff. 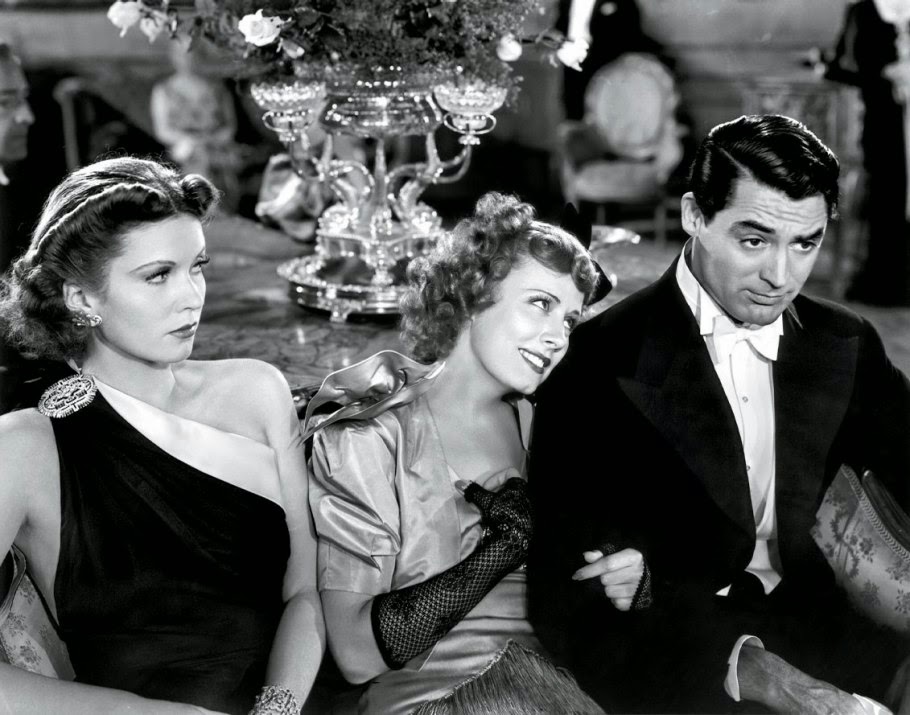 For the folks in the New York metro area, the Siren can reveal that she will be introducing a screening of The Awful Truth (which plays a part in the plot of Missing Reels) at the Museum of the Moving Image in Queens, on Sunday Nov. 23 at 2 pm. It is not on their site yet, but the Siren will link you up as soon as possible. She’ll be signing copies of Missing Reels in the museum store afterward. Come one, come all!

And OH BY THE WAY — the screening will be in 35 millimeter, as God and Eastman Kodak intended. So take note, all you “grain monks,” as a certain blogger has been known to describe those of us who love celluloid.

The British company Masters of Cinema for years has been putting out beautiful Blu-Rays and DVDs of great films, packaged with wonderful extras. The Siren has their edition of Douglas Sirk’s Tarnished Angels, to name just one that’s particularly stunning, and she recorded a podcast at Masters of Cinema Cast for Henri-Georges Clouzot’s L’Assassin Habite au 21.

For the Siren’s readers who have multi-region Blu-Ray players (and you should, even the techno-shaky Siren has one) Masters of Cinema have released The Gang’s All Here, directed by Busby Berkeley. This Technicolor movie begged for a good Blu, because it’s ravishing. Made during World War II, it is, as you probably remember, a backstage musical that depicts with unflinching zeal the brutal reality of American homefront life.

Just kidding. There’s some Army uniforms milling about, otherwise this movie is as glorious a piece of loony escapism as exists. Berkeley’s kaleidoscopic imagination runs riot. Talented, butterscotch-voiced Alice Faye was at her zenith; Carmen Miranda stops the show with “The Lady in the Tutti-Frutti Hat;” Charlotte Greenwood could still kick high enough to knock out an overhead light; Edward Everett Horton was still playing an improbably lustful stuffed-shirt. All this, plus The Disembodied Head of Eugene Pallette.

The Siren, together with Close Personal Friend Glenn Kenny and author, film historian and certified Alice Faye worshipper Ed Hulse, recorded a commentary track for this release, which has gotten some kind words. Please consider buying a copy. 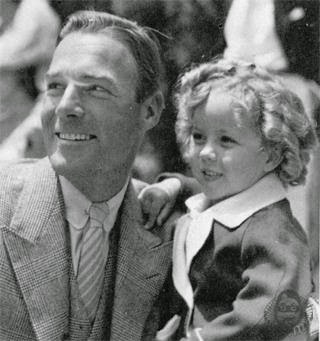 The Celebration of Preservation

Because preservation is never far from our thoughts chez Siren, it’s time for some good news on that front. On Friday, the Museum of Modern Art’s 12th Annual “To Save and Project” series starts. The Siren will have more on the festival anon, but you can look at the schedule here. Highlights include a public screening of an edited version of once-lost footage from Orson Welles' Too Much Johnson, which our friends at the National Film Preservation Foundation put online in August. (It is still there, if you want to watch ahead of time, or download a copy for your personal library.) But several of the Siren’s friends have said they were holding out for projection. If you live in the New York area, here’s your chance.

But there is an even closer connection to the Sirenistas. Back when we did the first blogathon to raise money for the NFPF, the topic was all matters related to general preservation. And Comrade Lou Lumenick, chief film critic at the New York Post, wrote up To the Last Man and the "public-domain hell" in which it was languishing. At the time, Lou said: "One of the more interesting examples of these sadly orphaned films is “To The Last Man,” a 1933 Paramount production that is not only well-made with an excellent cast, but occupies an key place in the filmographies of Randolph Scott, Shirley Temple and director Henry Hathaway."

Lou's post should be read in full, because it explains a lot about public domain and how films fall through the cracks. But guess what: Sometimes people in a position to do something read about a neglected movie and decide to rescue it.

And that’s what happened: One of our kindred spirits at MOMA read Lou’s piece and became so intrigued that he tracked down and restored To the Last Man. And lo and behold, it will be screened at MOMA on Sunday Nov. 2 at 3:30 pm, and introduced by none other than Comrade Lumenick, the man who gave this movie some love. There's another screening Oct. 28 at 6:30.

The blogathon is the gift that keeps on giving.
Posted by The Siren at 11:27 AM

Labels: For the Love of Film, Missing Reels, Movie Books

Thanks for the FYI about The Awful Truth. I will definitely check that screening out. It will also be my excuse to go to the Astor Room afterwards. Not that I need an excuse!

Lots of Siren fun! Waiting breathlessly for the book, as well.

For those of us less versed in the classics than the rest of your loyal readers, would it be possible to provide a screening list of films that play an important part in MISSING REELS?

Why are you calling Lou ....Comrade? Does it mean friend, associate, or go back in time....?

Oh I wish I lived near NYC but I live in a hick city that feels Sly Stallone is the next Welles. Who am I kidding, they have no idea who Welles is. I am so happy that these films are being restored and that some are still found. I will look for your book:)

I love my adopted hometown of Raleigh, NC, but just for a few weeks at least, I wish I lived in the NY Metro Area.

Hot damn! Looking forward to the book and to TGAH, restoration and particularly y'all's commentary. Seeing it for the first time, when I was almost 16, was one of those movie epiphanies—I was totally knocked out, and back then (early '70s) there was no real critical writing on Berkeley, just comments about his overhead shots/kaleidoscopic images. He brought a singular and personal vision that was much copied but never matched because the imitators lacked his eye, his humor, his fetishes, his demons, and the combined experience of a lifetime in show biz and his stint in the army staging parade extravaganzas. Anyway, sorry to go on like this... this is your moment (one of them, anyway, there will be many more), dear Siren, and I hope you get a chance to breathe and exult in it as you rush around keeping it all aloft. Nobody deserves it more.

I think the argument against grain is that grain on blu-ray doesn't really look like grain ever does on the screen. But I love love love actual film on big screen.

Can't wait for the novel. Yes we missed you!

Siren - My hear skipped a beat when I saw TO THE LAST MAN on the MOMA schedule. One of the great westerns. I just wonder if the ending in the restored version is different that what's been out there. I an intrigued.
Your intro to THE AWFUL TRUTH clashes with one time only events at MOMA. Any thought if you can post your commentary on the blog after the event.
I'll be around MOMA for a good chunk of the Preserve screenings. I'll be flashing my copy of MISSING REELS (consider it advance PR.) People will no doubt be commenting. "Why is he reading the book upside down?"

Quel continuité! Two in a row!

The house that Busby built – one of the first constructed in the Beachwood Canyon development – better known as Hollywoodland - sits at 2701 Westshire Drive L.A. CA 90068 (for Google Earth mavens)

The house was ceded to Mrs. Berkeley as part of the divorce settlement and, I believe years later, to Mrs. Ned Beatty in much the same fashion.

Meanwhile, half a mile uphill towards the H’Wood Sign
at 6315 Rodgerton Drive, L.A. CA 90068 sits the house that Errol Flynn built as a convenient hideaway (seven minutes over the hill to Warners; he could party and sleep late). For reasons not clear he put a drawbridge in his garden. This was the hideaway he loaned to his friend Humphrey Bogart and his new paramour Lauren Bacall. There it is said they cemented their love and of course hid from Bogey’s then wife (#3) the reportedly furious Maya Methot.

See, dear lady? Even when you’re not trying, you weave magic tales of Missing Reels within Reels.

Will there be an e-book edition of "Missing Reels"?


It will also be my excuse to go to the Astor Room afterwards. Not that I need an excuse! click here to visit this page