This is the Siren's essay for the "Lost and Found" column in the June issue of Sight and Sound magazine, reprinted (with slight differences) by kind permission of the editors. 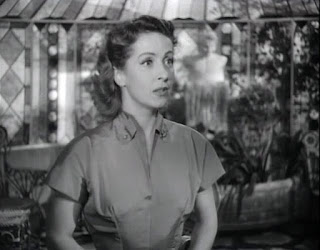 Last year’s darkly amusing Gone Girl was often described as an indictment of marriage, which is true, to the extent it warns us all not to marry sociopaths. But David Fincher’s expert thriller also reminded me of a much harsher film — one that shows a union of essentially normal people, where murder is the fated outcome of years spent with infidelities, sulks, absences, and insults, all lodging in the skin like splinters.

That movie is La Verité sur Bébé Donge, Henri Decoin’s noir from 1952, in which we know from the beginning that François Donge has been poisoned by his wife. And in between scenes of Donge helpless in a hospital bed, we get a series of flashbacks to explain why.

Wife Bébé, played by Danielle Darrieux in full flower, begins as a dreamy and naive young woman, who says she wants “to live openly, like a book, like a window, with nothing between us.” Jean Gabin is François, a rich man almost entirely preoccupied with getting richer, when he is not using and discarding a string of mistresses. Despite all that, he marries the dowry-less Bébé, whose youth and idealism at first intrigue him.

Worse mismatches than this have endured. Yet, as critic Imogen Sara Smith puts it, “at a certain point the viewer not only understands why his wife put poison in his coffee, but feels she was quite right to do so.” It becomes evident why Bébé doesn’t love their son (who’s never shown), why François’ own brother is covering up the attempted murder, and why the attending doctor looks at his patient with ill-concealed loathing. “It was him or me,” Bébé calmly tells the magistrate who’s trying to penetrate the family omérta surrounding her crime. He kisses her on the cheek, and this too is a gesture whose meaning is clear. 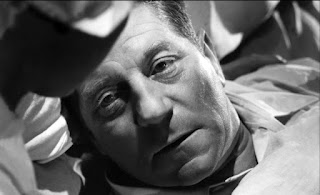 And like the source of the spiked coffee, the reason this richly layered movie is rarely shown and even more rarely discussed is also a non-mystery. It flopped at the box office. The fashion for noir was abating in France, and audiences didn’t care for this unsympathetic version of Gabin. Still, it got good reviews, and its excellence might ordinarily have kept it from dropping out of sight.

But Decoin belonged to the “tradition of quality,” the French filmmakers whose reputations crumbled under sustained attack from what The New Yorker’s Richard Brody loves to call “the young critics of Cahiers.” Wrote Dave Kehr in 2009, “François Truffaut’s 1954 ‘A Certain Tendency of the French Cinema’ really was the atomic bomb of movie reviewing, obliterating an entire artistic landscape in one blast.”

Having successfully argued that the prospective home-grown competition was old and out of it, the New Wave (and their few pre-approved French antecedents) ever since has dominated revival houses, home video, and film discussions. For those of us trying to seek it out, pre-1960 French cinema is not so much a wave, but a trickle.

Decoin was not named in Truffaut’s essay, but he and screenwriter Maurice Aubergé certainly committed Truffaut’s sin of “unfaithfulness to the spirit” of what they adapted. They took George Simenon’s novel and jettisoned nearly everything but the basic idea of a man who knows he’s been poisoned by his wife. Together with its vivid dialogue and complex characters, the film has great visual allure: The cinematographer was Léonce-Henri Burel, who was a DP on Abel Gance’s towering Napoleon and who went on to work with Robert Bresson. 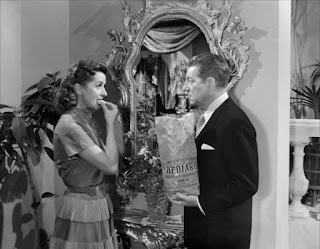 Bébé is forced to visit her husband daily for appearances’ sake. Decoin shoots Darrieux in the sickroom door looking like the angel of death, face alight, body in shadow, wearing a perfect black suit — graceful, chic, implacable. The couple’s first official meeting, at a matchmaker’s afternoon tea, plays out in a gilt-edged mirror, as though they’re exchanging portraits like the nobility of old. Their first kiss gives way to a wedding shot from the back of the church. The camera glides up the aisle, declining to show faces, thus suggesting that good match or bad, it’s all one to the church. When François speaks to his mistresses, and indeed the first time we see him address Bébé, his dialogue is inaudible. For such moments, words don’t matter. It’s all in Gabin’s predatory look.

Still, François isn’t entirely a monster, but rather a certain type of husband: inexpressive of emotion, uninterested in conversation, with a roving eye he feels no obligation to rein in. Bébé, like many another woman, at first believes it’s only a matter of time until she unlocks her man’s emotional side. And it is, in fact, a side that exists — once he’s been poisoned. We hear it in François’ self-reproachful interior monologues, and see it in his face all the times he pleads for another chance with his wife. Bébé looks back at him, and changes the subject to their annual party. “I feel nothing anymore,” she tells her husband. In the devastating final shot, a car pulls away into the night, growing smaller until distance snuffs out the headlights. 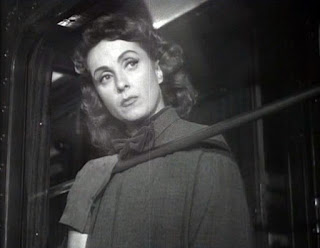 Perhaps the long view can make other things recede. After sixty years, Truffaut’s arguments about “le cinéma de papa” are themselves looking dated. Who nowadays is outraged by anti-clericalism, by negativity or blasphemy? La Verité sur Bébé Donge is far from the only one of “papa’s” films that deserves to be retrieved from the attic.

Not at all familiar with Decoin, but It has taken me a very long time to not worry about the orthodoxy of the Cahier crowd, which has unfortunately been my excuse for missing films by Rene Clement and Henri Georges-Clouzot when they were at theaters near me. I have been partaking of the trickle you refer to when I have the chance, with the bonus of seeing much more of Lola Montez, Martine Carol, than I could have previously imagined.

Peter, I have been seeing what I can with Decoin and so far it's all marvelous. I wrote about another, Razzia sur la Chnouf, a couple of years ago. This film is better known in France, of course (Tavernier once cited it as a favorite) but it's amazing how much easier it still is to find U.S. editions of anything that Cahiers loved.

I don't know of this film and this is a crime! From what you have written it sounds like a brilliant film that should be seen in every class and be known like so many other great films

The wholesale burying of the pre-Cahiers era is just plain stupid, it's a sheeply reaction by a lot of people who shoulda known better. Danielle Darrieux films at the least should never be unseen, and throw in Gabin, it's even more criminal to have to hunt up these kinds of films - I never did understand the entire farrago except in terms of moolah, not any sort of movie-making that was intrinsically superior. Another one to add to the list, now, and thanks!

The thought that there is in the universe a Jean Gabin film I have not seen makes me at once desolate and hopeful. Add in Danielle Darrieux and I must at least thank Dieu I have Earrings in my iTunes list.

Decoin is definitely worth investigating -- from the half dozen or so 1940s/1950s titles I've seen in recent years, even his lesser films have passages of great interest. For another portrait of married life, his Les Amoureux sont seuls au monde, with Louis Jouvet, is very worthwhile, as is one of his previous Simenon adaptations, Les Inconnus dans la maison (scripted by Clouzot).

Thanks for the nice piece. I'm not familiar with Bébé Donge. For that matter, I'm not that familiar with pre-Cahiers French cinema generally, beyond the usual classics. I hope you'll write more on the subject.

That first photo of Darrieux led me to reading your post and I must say, this film sounds fascinating. I have a tendency to avoid French films since they usually put me in the dumps, but having enjoyed The Earrings of Madame De, and many others, I'm anxious to see this film. Thank you for an excellent review!

My, Siren, what a great first paragraph! It's like a novel on marriage in itself.

Thank you so much, Ms.B! What a nice thing to say.

Just to keep you up-to-date, we screened BÉBÉ DONGE in San Francisco last November as part of THE FRENCH HAD A NAME FOR IT 2, and it will screen again in LA on October 6 as part of that city's THE FRENCH HAD A NAME FOR IT 2. And of course your yeo-woman efforts here got it screened at MOMA, so a tip of the beret to you. As Vanwall said, the sheeply become shark-like when glamour and youth prevail over filmmaking with stealthy experience--we've suffered for it in so many ways since the 60s. Eventually all of the "lost canon" will resurface...it will happen or some of us will die trying.