Anecdote of the Week: 'Spit It Out' 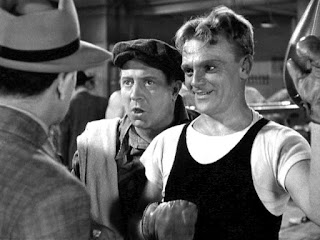 A story told by John Sayles, from a wonderful 1995 conversation between him and historian Eric Foner. Their dialogue opens the book Past Imperfect: History According to the Movies.

You know, one of the things I often do—for instance, when I wrote Eight Men Out—is read a lot of the period writers, especially guys who were known to have had an ear for dialogue—Ring Lardner, James T. Farrell, Nelson Algren. I also showed the actors Jimmy Cagney films because there was a speed of delivery affected by urban guys then that Jimmy Cagney used. Actors today, since they've been through the 'method revolution,' take these incredibly long pauses. I showed them a movie called City for Conquest in which a hundred different things happen in an eighty-minute movie because everybody talks really fast. I told the actors—except the one who played Joe Jackson, because he was supposed to be from Georgia—'This is your rhythm. Spit it out.' That made a statement back then, spitting it out.


The Siren's own explanation for the swift glorious brevity of so many old movies had always been elegance of exposition. She's been rewatching the Budd Boetticher/Randolph Scott Westerns, for example, and in just about all of them, you get a character's whole lifetime expressed in one or two lines of dialogue. And they certainly don't talk fast! But Sayles is right: Other movies keep the plot barreling along via sheer speed of dialogue. Both Howard Hawks and Billy Wilder were masters at that.

The Siren notes, however, that Sayles' memory was playing a small trick on him, since the runtime for City for Conquest is usually listed as 104 minutes. Of course, the quote is from 1995, when most people didn't have the Internet to help them be a smart-alec.

P.S. The Siren has written an article surveying the Museum of Modern Art series "Martin Scorsese Presents Republic Rediscovered: New Restorations from Paramount Pictures." You can find it here at the Village Voice. The series runs through Feb. 15 at MoMA.